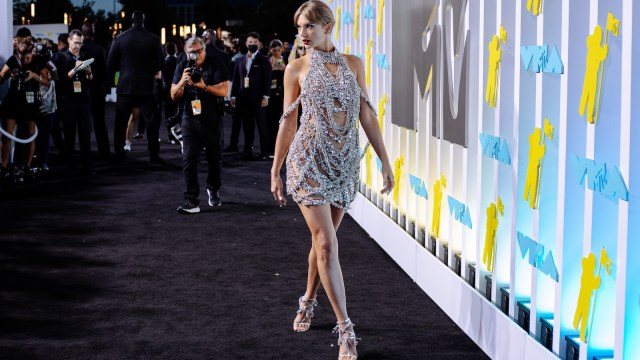 Taylor Swift‘s recently released 10th album, Midnights, debuted to much fanfare, critical acclaim, and more than a little speculation on the 11 grammy-awarded superstar’s lyrics. Indeed, we will surely still be finding Easter eggs in the individual songs and music videos a year from now. An album and accompanying hullabaloo like that of Midnights comes along only rarely, and Swift managed to time it just right – and the TikTok swell didn’t hurt. Teasing song titles gradually over a 13-day period gave it all the more gravitas — not that she needed it. The album was highly anticipated and a welcome addition to Swift’s discography.

The aforementioned mining for the hidden meanings in Tay’s lyrics haven’t stopped since the album’s release, but recently, fans are sinking their teeth into a whole new angle. The speculation revolves around the song “High Infidelity,” and there’s more than a little rhyme to their reason.

What might the lyrics to “High Fidelity” be referring to?

A recent Reddit post, “What celebs have had a messy divorce?” started off with a couple of digs at the Depp/Heard media circus fiasco but quickly took a turn when one commentor declared:

The interview Orangoliver is referring to is, of course, the Oct. 2006 Vanity Fair Jennifer Anniston piece titled “The Unsinkable Jennifer Anniston,” wherein Jen spoke candidly about her divorce from Brad Pitt, his very public relationship with Angelina Jolie, and the pain and embarrassment of having her private life become paparazzi fodder in real-time.

But, there’s more. The Reddit comments continued on this road of commiserating on the horror that played out so many years ago between the Hollywood dream couple, and culminated in a simply brilliant notion:

This comment was followed by a smattering enthusiastic comments agreeing with user abc-8517.

And, apparently, once you see it, you can’t unsee it.

A confirmation from Taylor Swift would be nice and all, but we’re convinced.