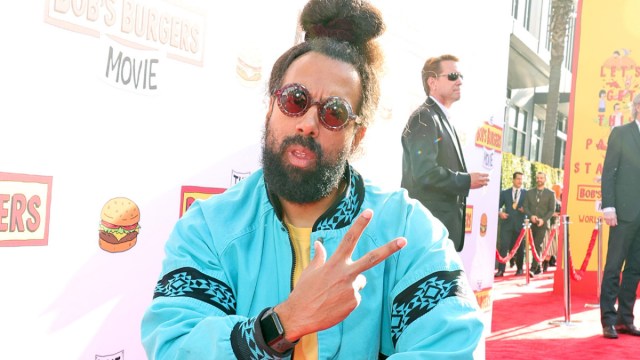 Dave Chappelle came under fire yet again this week following his rogue Saturday Night Live monologue, in which he chided Kanye West over his recent antisemitic tear. But unfortunately, in doing so, Chapelle inadvertently exposed himself as being, well, pretty ambivalent to the spike in hatred towards the Jewish community.

But while his remarks may have triggered a debate about the role of the Black community, or lack thereof, in the worrying uptick of modern day antisemitism, comedian Reggie Watts is at least attempting to get through to Chappelle.

“I denounce antisemitism in all its forms and I stand with my friends in the Jewish community,” Chappelle said, seemingly in earnest, before quipping: “And that, Kanye, is how you buy yourself some time.”

After some timely jokes about Jewish people dressing like “Run DMC” and discussing Kyrie Irving’s suspension from the NBA for following Ye’s lead, Chappelle explained why he doesn’t seem to totally disagree with the 45-year-old rapper.

“And listen, okay, I don’t think Kanye is crazy at all, I think he’s possibly not well. I’ve been to Hollywood. And I don’t want y’all to get mad at me, I’m just telling you this is just what I saw. It’s a lot of Jews. Like a lot. But that doesn’t mean anything, you know what I mean? There’s a lot of Black people in Ferguson, Missouri. It doesn’t mean we run the place. I would see if you had some kind of issue, you might go out to Hollywood, you might start connecting some kind of lines, and you could maybe adopt the delusion that the Jews run show business. It’s not a crazy thing to think. But it’s a crazy thing to say out loud in a climate like this.”

It sure is a crazy thing to say out loud in the current climate — to that point, look no further than the uproar over this very monologue. It’s no wonder that Chappelle’s remarks were quickly denounced by the Anti-Defamation League.

At any rate, amid the backlash, Watts reached out to Chappelle on Twitter to try to talk some sense into the comedian, and remind him why people used to love his material.

“Damn Dave Chappelle,” Watts wrote, tagging the comedian’s defunct Twitter account. “I hope you consider a different approach to your current social commentary. It’s feeling joyless and lacking the enlightenment you used to inspire. I understand the idea of crossing the line, but there are many more subversive yet unifying ways to do so.”

Responding to a user who slid into his mentions to ask why Chappelle should refrain from doing the material he wishes, Watts elaborated.

“When you have a large platform and you say things that are being challenged by enough folks I think it should be addressed in some way,” he wrote. “That’s just me. He can do whatever he wants. I just like to see good discourse of which there seems to be very little.”

Since Chappelle has not used the platform in over a decade, it’s unclear whether he even saw Watts’ tweet or has privately reached out. However, Sarah Silverman did respond, tweeting simply: “I love you, Reg.”