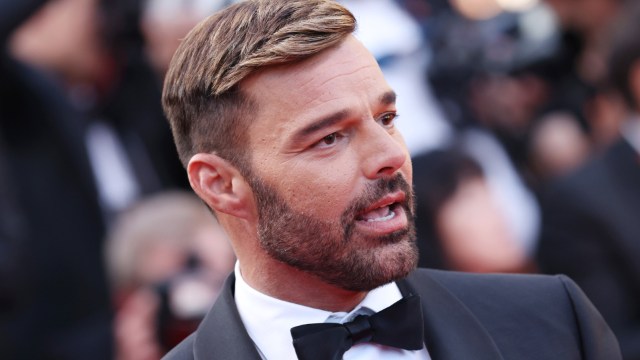 Charges against Ricky Martin were cleared on Thursday after a Puerto Rican judge dismissed the temporary restraining order that had been filed against him earlier this month. Martin had been accused of having a seven-month sexual relationship with his 21-year-old nephew Dennis Yadiel Sanchez, who claimed that after he broke it off, the “Livin’ La Vida Loca” singer continued to harass him by calling and showing up at his home.

According to TMZ, Martin attended the hearing via Zoom, where it sounds as though his nephew backtracked on the claims.

“His legal team tells TMZ, ‘Just as we had anticipated, the temporary protection order was not extended by the court. The accuser confirmed to the court that his decision to dismiss the matter was his alone, without any outside influence or pressure.’

The team went on … ‘And the accuser confirmed he was satisfied with his legal representation in the matter. The request came from the accuser asking to dismiss the case. This was never anything more than a troubled individual making false allegations with absolutely nothing to substantiate them. We are glad that our client saw justice done and can now move forward with his life and his career.'”

Martin has always vehemently denied the accusations, issuing a statement on Twitter soon after the news broke on July 3. (It did not come out that the accuser was his nephew until weeks later, however.)

“The protection order entered against me is based on completely false allegations, so I will respond through the judicial process with the facts and dignity that characterize me,” Martin wrote. “Because it is an ongoing legal matter, I cannot make detailed statements at this time.”

“I am grateful for the countless messages of solidarity, and I receive them with all my heart,” he added.

The news must come as a relief to Martin, who was recently announced to be cast as the lead in a new Apple TV series called Mrs. American Pie from director Abe Sylvia alongside Kristen Wiig and Laura Dern. We’re sure he’s ready to put this whole messy ordeal behind him.