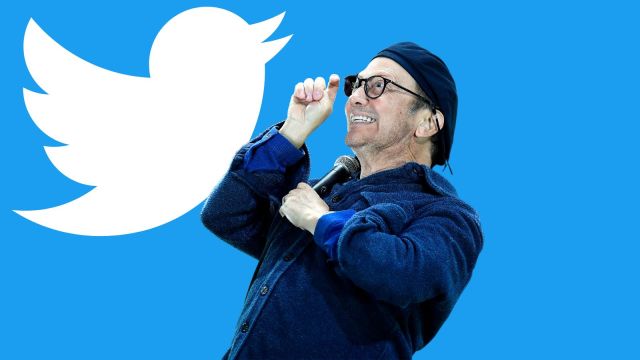 In conversation with Glenn Beck, Schneider bemoaned a particular performance from Kate McKinnon in 2016 on Saturday Night Live after Donald Trump’s controversial election victory over Hillary Clinton. Schneider deemed that it was “indoctrination by comedic imposition”.

Understandably, such a ridiculous statement has led him to be dragged online, and frankly, you may just love to see it. Straight off the bat is a humorous comparison calling Schneider as important to the sphere of comedy as a parking attendant.

Others went personal, saying Schneider only had the career he ended up having thanks to a lucrative friendship with much more talented comedian Adam Sandler.

Schneider has one ally in his fight against people making fun of his political beliefs: Gina Carano, who has never, ever also said truly stupid things about politics. Two peas in a pod.

But resuming normal service, there are more people dragging Schneider and proving that Carano is, again, alone in her convictions.

Other popular tweets around the controversy are poking fun at Schneider’s statement of “I don’t care about my career anymore” as if it’s meant to mean something deeper, and not also a statement of how irrelevant he has become within just a decade.

Seriously, name a single Schneider film from the 2010s that isn’t Grown Ups.

The good news for Schneider is that, with how fast news and trends change, nobody will remember his strange beliefs by the end of the next business day.