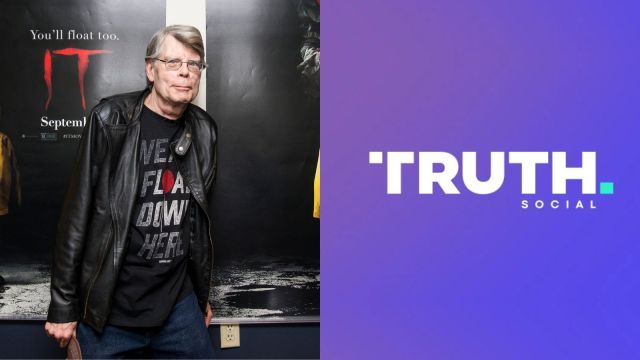 The King of Horror has descended upon his scariest task to date, with Stephen King now joining Donald Trump’s Truth Social, though not for the reason you’d think.

The lifelong Democrat who has endorsed the campaigns of Barack Obama, Gary Hart, Elizabeth Warren, as well as been an advocate for gun control, announced on Twitter he had joined Trump’s controversial app. Truth Social was made in the wake of the former President’s ban from Twitter, launching in Feb. 2022 to lukewarm registrations.

King has joined the estimated 513,000 users on the website, with him doing so purely out of enjoyment and schadenfreude. The acclaimed author also took time to point out Trump is never set for a serious career as a copywriter, lambasting his frequent spelling errors.

Truth Social is among a new line of alternative social media apps designed almost solely to allow far-right users to converse without fear of “censorship” (i.e., seeing consequences for saying racist or homophobic things). Ironically, Truth Social itself has been accused of censoring itself with reports of dissenting opinions around the Jan. 6 insurrection leading to shadowbans. Freedom of speech, huh?

Whether or not King will continue his gag of being on the app remains to be seen, with the inner rebel within him possibly looking to add “banned from Truth Social” to his many other honors. One of the most prolific and well-respected authors still writing, his opinion on all things horror still carries great weight, so it only seems right he’d talk about a Trump-run social media app.

The King of Horror recently gave some glowing reviews of new horror movies as spooky season wrapped up in style, with strong recommendations for Halloween Ends and Barbarian.