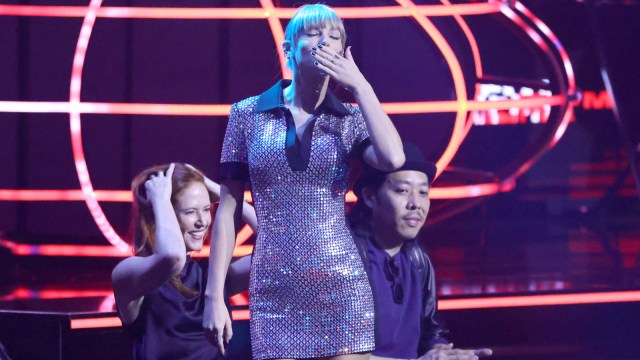 Taylor Swift has broken her silence on the debacle with Ticketmaster! All hell broke loose earlier this week when the ticket sales and distribution company had opened up pre-sales for Swift’s Eras tour, which promptly crashed the website and put fans in long queues with numbers in the thousands.

The ordeal ended with Ticketmaster closing future sales of tickets altogether, leading many to implore Swift to either sue the service or figure out a way to sell the tickets on her own.

While that remains to be seen, the 32-year-old penned a lengthy statement to fans posted to her Instagram stories, sharing the frustration at how things have played out, and expressing hope that a solution might eventually be reached. And no, let us assure you that she was not above throwing Ticketmaster under the bus.”

“Well. It goes without saying that I’m extremely protective of my fans,” Swift started out her statement. “We’ve been doing this for decades together and over the years, I’ve brought so many elements of my career in house. I’ve done this SPECIFICALLY to improve the quality of my fans’ experience by doing it myself with my team who care as much about my fans as I do. It’s really difficult for me to trust an outside entity with these relationships and loyalties, and excruciating for me to just watch mistakes happen with no recourse.”

“There are a multitude of reasons why people had such a hard time trying to get tickets and I’m trying to figure out how this situation can be improved moving forward. I’m not going to make excuses for anyone because we asked them, multiple times, if they could handle this kind of demand and we were assured they could,” she continued, unequivocally. “It’s truly amazing that 2.4 million people got tickets, but it really pisses me off that a lot of them feel like they went through several bear attacks to get them.”

“And to those who didn’t get tickets, all I can say is that my hope is to provide more opportunities for us to all get together and sing these songs,” she added. “Thank you for wanting to be there. You have no idea how much that means.”

Bear attacks! That seems almost a little overdramatic, except … no, its really not. There have been problems with Ticketmaster for years, but this might be the first time a magnifying glass has really been put on the company, and it would be amazing if Swifties ended up being the ultimate David to Ticketmaster’s Goliath.

In either case, it’s gonna make for one heck of a documentary series.