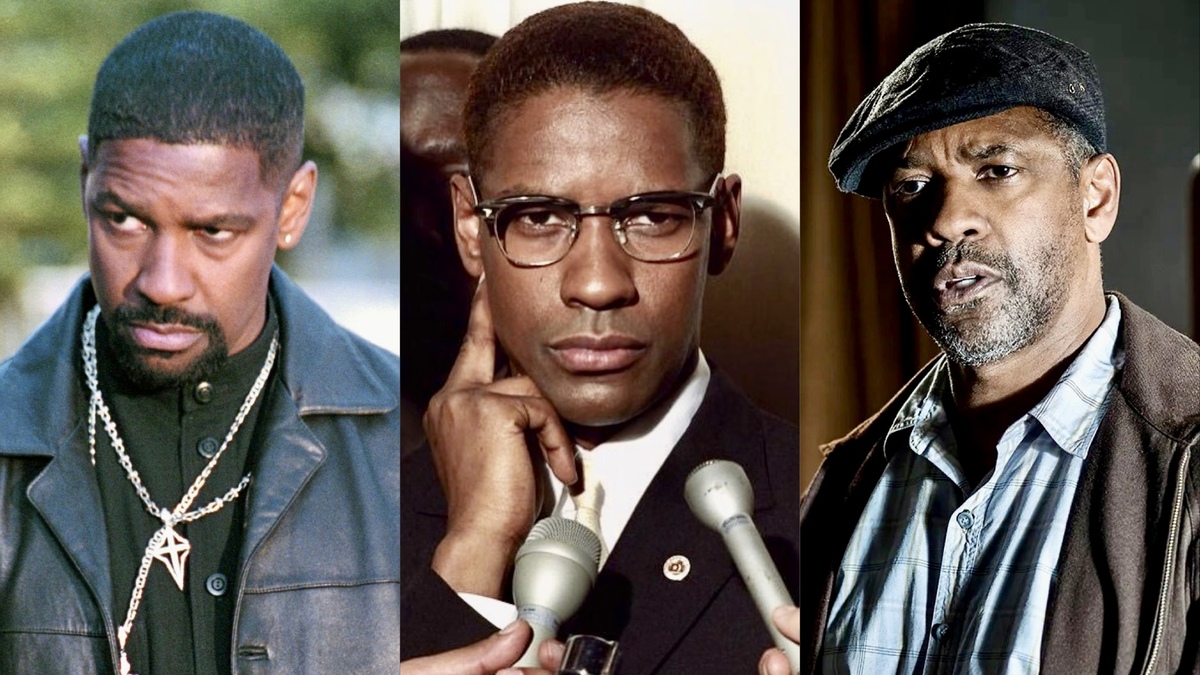 When you’ve risen through the ranks to be simply referred to by your first name, then there’s no debate about the levels of your success. For an icon like Denzel Washington, who sits comfortably in any conversation about the greatest actors of all time, being in front of the camera is pretty much second nature for him. The Hollywood veteran possesses a unique acting talent that’s second to none, and his illustrious career, which has spanned over four decades, has seen him gain worldwide recognition and numerous awards, including two Academy Awards, three Golden Globes, and a Tony, amongst many others.

Washington was born in Mount Vernon, New York to Lennis Lynne, a beauty parlor owner and operator, and Denzel Washington Snr., an ordained Pentecostal minister, who was also an employee of the New York City Water Department. He enrolled in a couple of elementary schools due to his parents’ divorce, attended Mainland High School in Daytona Beach, Florida, and earned a BA in Drama and Journalism from Fordham University in 1977. After enrolling at the Lincoln Center campus and American Conservatory Theater to study acting, he kicked off his on-screen career in the 1977 made-for-television film Wilma. He rose to prominence playing Dr. Phillip Chandler in a medical drama series called St. Elsewhere. Since then, his profile began to rise, going on to appear in some of the best movies of the last four decades. Highlighting his best movies is surely a herculean task, because he’s starred in so many, nevertheless, we’ve managed to put together a list of his 10 best movies, ranked from least to best.

Nick Cassavetes’ John Q is a 2002 American thriller drama film that stars Denzel Washington along with other names like Robert Duvall, Kimberly Elise, Anne Heche, James Woods, and Ray Liotta. Here, Washington is John Quincy Archibald, a desperate blue collar worker who holds a hospital hostage to get his daughter an emergency heart transplant. It’s melodramatic and tense, with Washington elevating the movie with his impressive acting performance that brilliantly sells his plight. While not a critical success, this was easily one of his most believable portrayals.

In this 1998 American sports drama written, produced, and directed by Spike Lee, Denzel Washington is Jake Shuttlesworth, an inmate in prison for killing his wife, who is granted temporary release to convince his son, Jesus Shuttlesworth, the top-ranked basketball prospect in the country, to play for the governor’s alma mater. This family drama features other talented and prominent acts like Ray Allen, who plays Jesus, as well as John Turturro, Rosario Dawson, Hill Harper, Zelda Harris, and Ned Beatty amongst others.

Ridley Scott, the British award-winning film director and producer, teams up with Washington here for an epic crime saga which is based on the criminal career of North Carolina gangster Frank Lucas. Washington plays the notorious drug trafficker who smuggled heroin into the United States on American service planes returning from the Vietnam War. Richie Roberts, played by Gladiator star Russell Crowe, is the cop determined to bring Lucas down and the intense dance between both characters make this an enthralling watch.

One of his greatest performances, Washington here is Whip Whitaker, a heroic pilot whose exploits in a crash landing following a mechanical failure inadvertently thrusts his personal life under the microscope, and the investigation that follows that crash reveals a man who struggles with a drug and alcohol addiction. Washington’s captivating performance here earned him a Best Actor nod at the Academy Awards.

This 1989 American historical war drama film directed by Edward Zwick earned Washington his first Academy Award for Best Supporting Actor after missing out two years prior with an equally compelling performance in Richard Attenborough’s Cry Freedom. Between his breathtaking performance in the famed scene where tears slowly roll down his eyes while he brutally endures a flogging, and the movie’s gripping plot, Glory is definitely a must watch.

Mo’ Better Blues is a 1990 American musical comedy-drama film that stars industry bigwigs like Wesley Snipes, Joie Lee, Cynda Williams, Giancarlo Esposito, Dick Anthony Williams, and the writer, director and producer Spike Lee, amongst many others. The movie follows the life of Bleek Gilliam — who was brilliantly played by Washington —  a jazz trumpeter whose personal life is in turmoil. The actor once again puts on a moving performance, especially alongside Snipes who equally gives a noteworthy performance as Shadow Henderson, Gilliam’s sax-playing frenemy.

One of Denzel Washington’s few self-directed movies, the August Wilson-written drama was named by several publications as one of the top 10 films of 2016. Washington stars alongside fellow veteran Viola Davis to deliver a stunning performance that earned the pair a Best Actor and Best Supporting Actress nominations at the 89th Academy Awards, with Davis taking home the award. The film, which takes place in 1950s Pittsburgh, centers around a working-class African-American father who tries to raise his family while coming to terms with the events of his life.

The third Spike Lee-directed offering on this list, Washington stars in this American heist thriller film as Detective Keith Frazier, the NYPD’s hostage negotiator in an elaborate bank heist on Wall Street over a 24-hour period. The actor is joined in this thrilling film by Clive Owen who plays Dalton Russell, the mastermind behind the tense heist, Christopher Plummer, the bank owner and founder Arthur Case, Jodie Foster as Madeleine White, and supporting performances from Chiwetel Ejiofor, William Dafoe, and James Ransone.

Spike Lee and Washington’s best work together, this powerful epic biographical drama film is undoubtedly the best thing the strongest performance veteran has given. He masterfully plays Malcolm X, American Muslim minister and human rights activist who became a famous figure during the Civil Rights Movement. Washington’s performance here is equal parts inspiring and chilling, and he was awarded the New York Film Critics Circle Award for Best Actor, and a nomination for Best Actor at the 65th Academy Awards.