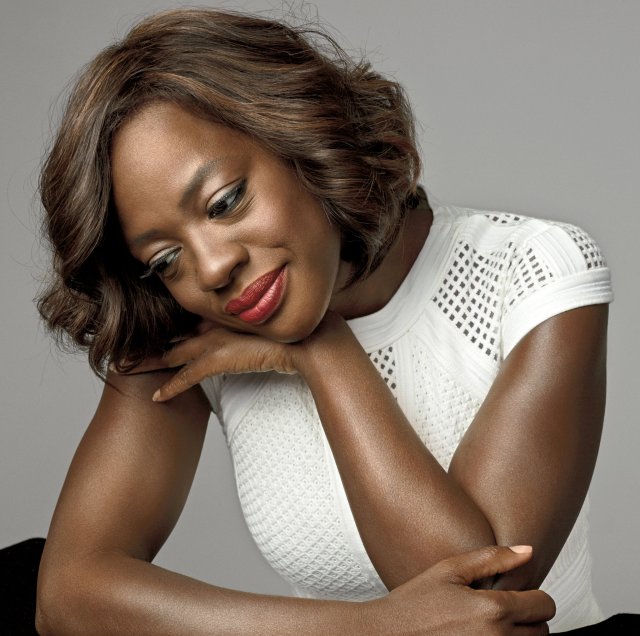 This past weekend, Viola Davis garnered both box office success and critical acclaim for her role as Nanisca in The Woman King. The film centers on Nanisca as a general of the Agojie, an all-female warrior group that protected the kingdom of Dahomey from foreign threats. Before this, Davis has made history throughout her career. She’s the first Black person to win the triple crown of acting, earning a second Tony and an Oscar for Best Supporting Actress with her work in the Broadway play (2010) and film adaptation (2016) of Fences as well as an Emmy for lead actress in a drama series for How to Get Away With Murder (2014-2020).

She maintains a magnetic screen presence no matter what role she is playing, even capturing audiences’ attention with supporting roles such as in Antwone Fisher (2002) or Doubt (2008). She also has an expansive range, portraying anything from tough to worn-down, determined to weary, and hardened to vulnerable. Later this year, she is set to star again as Amanda Waller in Black Adam and has lined up future roles as Deloris Jordan, Michael Jordan’s mother, and Harriet Tubman.

To look back at her career thus far, we’ve taken this opportunity to rank Viola Davis’ top 10 TV and film performances.

In Won’t Back Down, Davis plays a teacher who works with a single mother (Maggie Gyllenhaal) to save their children’s failing school in Pittsburgh. The pair face off against a corrupt teachers’ union as well as the school’s principal (Bill Nunn). Although the film received a negative critical reception due to its apparent reduction of public education issues, the performances were praised. This marks one of the rare instances in Davis’ early film career where she plays the lead character and gets to fully demonstrate her talents.

Before Fences, Viola Davis worked with Denzel Washington on his directorial debut, Antwone Fisher. The film is based on Fisher’s autobiographical book, Finding Fish, and details his early life in foster care, where he was mistreated and sexually abused. He later joins the Navy and reunites with his estranged mother (Davis), who abandoned him after giving birth as an incarcerated teen. Their scene together is heartbreaking with Davis barely speaking, instead emoting silently through her facial expressions.

Denis Villeneuve’s psychological thriller was met with a somewhat mixed reception, but Davis’ supporting role as Nancy Birch, a mother whose daughter goes missing, is a complex combination of regret, guilt, and determination to get her back at all costs. Her best scene comes when she meets the alleged kidnapper and desperately tries to connect and reason with him. In another limited role, Davis infuses an immense amount of humanity into her character that works to make a sometimes unbelievable film more grounded.

Get on Up follows the rise of the “Godfather of Soul” James Brown (Chadwick Boseman). Davis reunited with The Help director Tate Taylor to play Brown’s mother. As she comes in and out of Brown’s life, Davis effectively portrays the troubled relationship between mother and son. She brings a valuable amount of delicacy and understanding to her character, allowing the audience to empathize with her despite her controversial decision. Davis’ on-screen chemistry with Boseman would lead to their future work in Ma Rainey’s Black Bottom (2020).

Although Davis has stated that she regrets taking on the role, citing that the film didn’t elevate the voices of the maids, Aibileen and Minny (Davis and Octavia Spencer), her performance is strong and reserved, with heartbreak hidden behind her smile. This makes the scenes where she relates her traumatic experiences with racial discrimination and motherhood more impactful. The film, based on Kathryn Stocket’s novel of the same name, follows two Black maids in the Jim Crow south who raise the children and run the homes of rich white families. The Help gives Davis limited material that has not aged well, but her work makes the film more than an unsubstantial examination of the racial relations between the white housewives and their Black maids. This was Davis’ first prominent Hollywood Oscar film, and it earned her an Academy Award nomination for Best Actress.

Produced by Shonda Rhimes, this soapy legal thriller provided Davis with the proper vehicle to demonstrate her acting abilities as the lead. She plays law professor Annalise Keating, a character with questionable morals. Like many of her more resilient characters, Annalise has a harsh exterior with unexpected moments of vulnerability and compassion. She also had a marked sexuality that was atypical of her traditional mother roles. Davis won an Emmy for Best Actress in a Drama Series for her performance.

Widows is a heist thriller film where Davis plays Veronica, the leader of a group of women who attempt to steal $5 million from a Chicago politician to pay back a crime boss after their husbands are killed in a scuppered getaway. Veronica has the hardy exterior needed to survive in her situation that hides a more vulnerable, grieving interior. Davis gets to play the lead – an unfortunate rarity in her film career – with a commanding and cool presence.

Like in Antwone Fisher, Davis again shows how much she can do with little screen time. In a scene that lasts less than 10 minutes, she steals the film and outshines the rest of the cast, including Meryl Streep, Philip Seymour Hoffman, and Amy Adams. Davis plays Mrs. Miller, a mother whose son may have been preyed on by a priest at his Catholic school. Her scene is the emotional crux of the film and requires Davis to convey a combination of fright, grief, isolation, and desperation. For the role, she earned her first Oscar nomination.

Davis gives a powerful performance as the title character, Ma Rainey, as she works through a long recording session. The film explores ideas of art, race, and religion in its short runtime. Davis embodies the formidable “Mother of the Blues” as she performs her renditions of the jazz singer’s live performances. She undergoes a physical transformation to fully realize the character. Davis pairs up with Chadwick Boseman once again in the actor’s last performance. For the role, she picked up a fourth Oscar nomination.

First playing Rose Maxson in the 2010 Broadway revival of the August Wilson play, Davis returned to the role for Denzel Washington’s 2016 film adaptation. Rose is the wife of Denzel Washington’s Troy Maxson, a dreamer who finds himself stuck with a working class job. She stands by his side despite his selfish decisions until she reaches a breaking point. It’s a film about the crumbling ambition and expectations within a single family. The role led to Davis’ first Academy Award, winning for Best Supporting Actress.