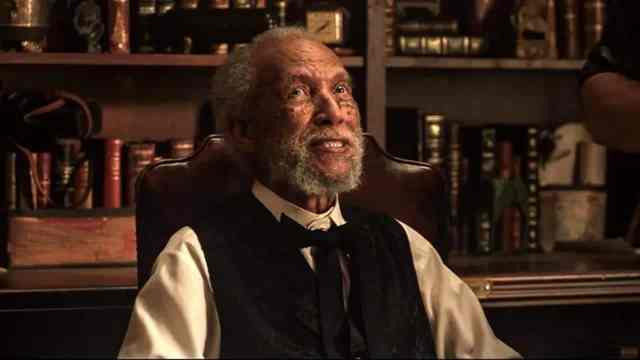 She-Hulk director Kat Coiro and her actor husband Rhys Coiro recently dropped a bombshell when they stated that Leon Lamar, who plays Cornelius in episode four, is 104 years old, making him far and away the oldest actor to appear in the MCU. Multiple outlets ran with the story and caused jaws to drop around the world. We have compelling evidence, however, that Lamar is not 104—not even close. Here’s how old he really is and who should be recognized as the MCU’s oldest actor.

Before we correct this misunderstanding, here is some background. Leon Lamar is based in Georgia and has been acting professionally since 1994. According to IMDb, his first pro gig was the TV show In the Heat of the Night. Despite being a late bloomer in the acting field, Lamar has managed to accrue nearly 50 credits, notably American Made, Halt and Catch Fire, Friday Night Lights, and The Hunger Games: Catching Fire. In addition to She-Hulk, Lamar recently appeared in Sisters and the Shrink 3, and he’s set to appear in the movie Till.

The first indication that Lamar’s age is incorrect was simple mathematics. Kat Coiro listed his birthyear as 1919. If Lamar was born in that year, he wouldn’t be 104. He’d be 102 or 103 depending on his birthday. Further skepticism occurred when a Redditor linked an offender page for Lamar, which derives from Georgia Bureau of Investigation records that give his birthyear as 1935, which makes him either 86 or 87. A Twitter user claiming to be Lamar’s nephew put his uncle’s birthyear at 1939 and said that he’s 84 (math is hard). “I got off the phone with him [Lamar] earlier after I shared it [the erroneous article],” Lamar’s alleged nephew stated. “He just laughed so it’s whatever but wow lol like 104??”

If Lamar is 104, he’d be not just the oldest actor in the MCU, but likely the oldest actor in existence. Government documentation and ostensible familial corroboration revealed what now seems obvious: that Lamar is in his 80s, which is old, but not that old. We don’t know where this misunderstanding originated, but it allows us to recognize Marvel’s true geriatric marvel.

Although Stan Lee cameoed in the MCU in his mid-90s, he was bested by Dorothy Steel, who filmed her Black Panther: Wakanda Forever part at 95 years old. Steel passed away in 2021, so Lamar may be the oldest living actor in the MCU, but he’s got several years to go to usurp Steel as the MCU’s all-time old-timer.