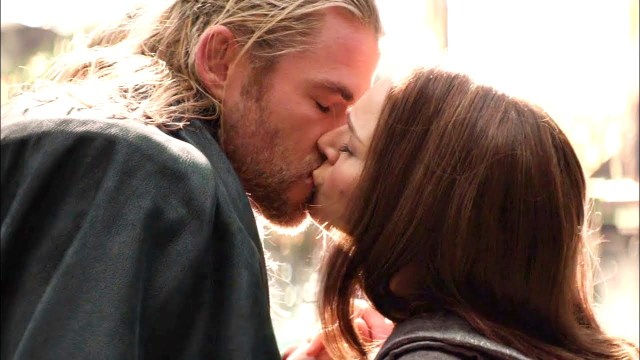 “That seems . . . really overboard,” one Redditor wrote in response to a post about how Hemsworth abstained from meat the morning of filming his kiss with vegan Portman on Thor: Love and Thunder. “Unless he JUST chowed down on meat right before the kiss and didn’t even brush his teeth or anything . . . I don’t think you’re gonna end up consuming whatever he ate from a kiss,” the Redditor noted.

“That’s goofy,” concurred YeltsinYerMouth. “She’s morally opposed to eating meat, not allergic to it. If there is guilt in eating meat, it isn’t transferred through a kiss.”

Portman explained the situation to UK’s Capital FM (via Uproxx):

“He’s really nice. The day we had a kiss scene he didn’t eat meat that morning because I’m vegan. And he eats meat like every half hour. Like, that was so thoughtful . . . That’s not something I’m angry about or care about, but he was just being thoughtful. He’s just a very nice person.”

Love and Thunder co-star Tessa Thompson echoed Portman’s sentiments on the kind yet carnivorous Hemsworth: “I didn’t even know he could go without eating meat. He’s just like eating bison in the morning. That’s so sweet.”

Most Redditors agree with Portman and Thompson, finding that the act’s thoughtfulness outweighs its excessiveness.

Others wisely pointed out how an intimate act of kindness, which should have remained private, is being spun by the media into headline news.