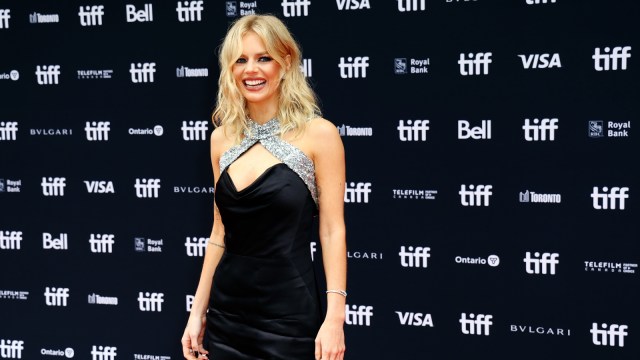 Resident scream queen Samara Weaving, known for her starring roles in The Babysitter and Ready or Not, not only snagged a spot on the Scream 6 roster, but she also has an action-horror feature up her sleeve. E. L. Katz (Haunting Of Bly Manor) will be taking the reins on Azrael, with You’re Next scribe Simon Barrett penning the screenplay.

According to Deadline, principal photography is slated to begin October 10 in Estonia. While an official synopsis is nowhere to be seen as plot details are being kept tightly under wraps, Joker financier Jason Cloth and his C2 Motion Picture Group partner Dave Caplan will finance and produce.

As for Weaving, the 30-year-old Australian has an abundance of upcoming projects, including Chevalier, a biographical film based on the life of French-Caribbean musician Chevalier de Saint-Georges; Babylon, a period comedy-drama also starring Margot Robbie and Brad Pitt; and of course, Scream 6, which is currently filming.

Weaving’s non-film roles include TV shows Ash vs Evil Dead (2015–2016) and SMILF (2017–2019), along with Picnic at Hanging Rock, Hollywood, and Nine Perfect Strangers. In recent years, her most prominent film roles came in Guns Akimbo, Last Moment of Clarity, The Babysitter: Killer Quee and Bill & Ted Face the Music.

Thanks to her lead role as Grace Le Domas in Ready or Not, for which she won Best Actress in a Leading Role at the 2019 Fright Meter Awards, Weaving has been established as a scream queen — a title which she looks to uphold in Azrael.