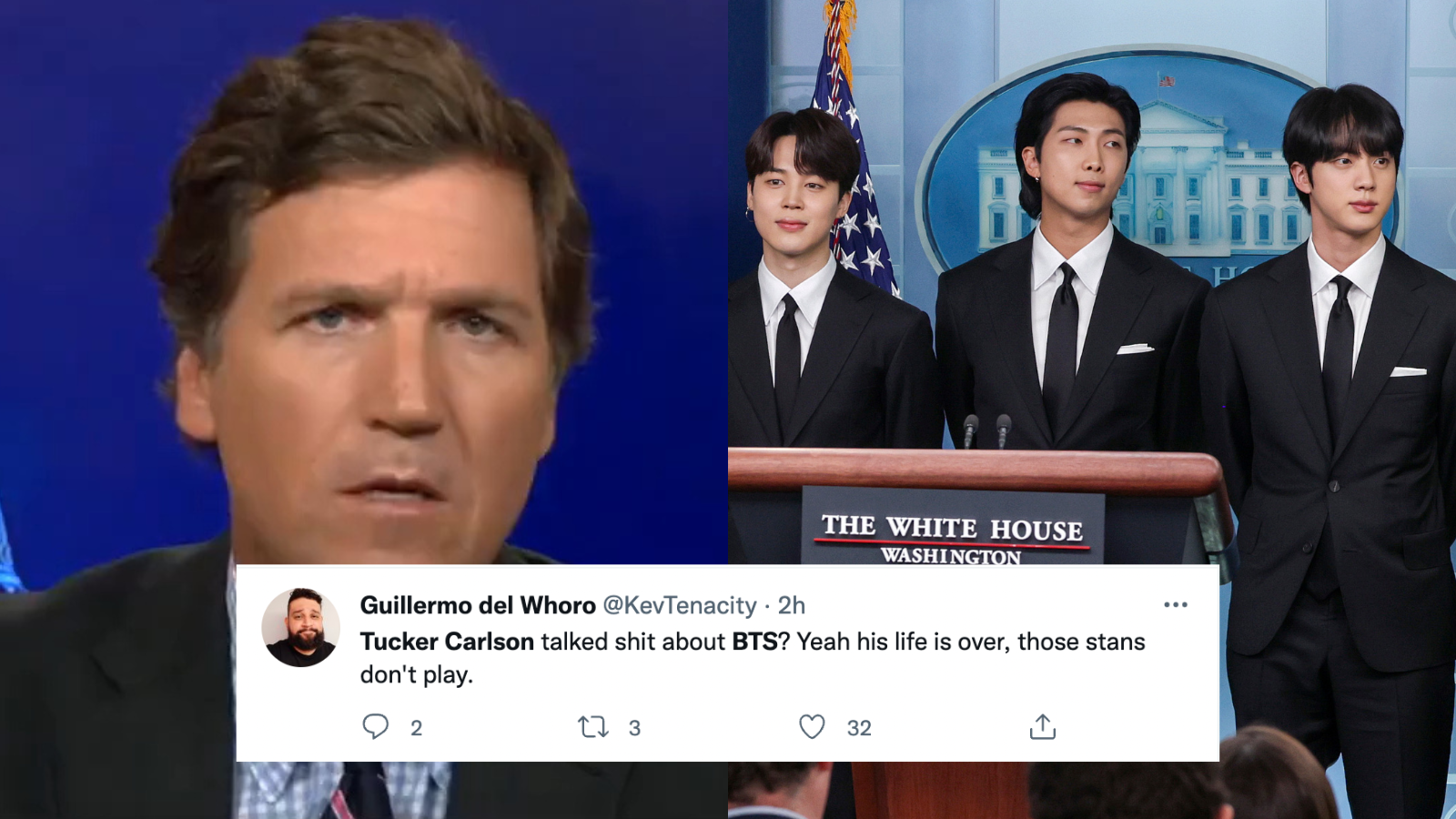 Grab your popcorn as Tucker Carlson has started a war against the most avid fanbase on earth after he attacks K-pop sensation BTS for visiting the White House. And, now the pitchforks are out and everyone is warning him about what’s ahead.

The Fox television host mocked the K-Pop group’s appearance in the nation’s capital as they spoke about anti-Asian hate. He described their presence at the White House as “just-in-case of emergency” to “save Biden’s face” for “poor performance”. He also slammed the decision to bring BTS to the White House, claiming “they hate the country, they’re degrading it even more”.

There is a common rule when it comes to BTS… don’t talk shit about them. If you do, you’re going to mess with their fans and that’s a force not to be reckoned with.

People who watched his commentary realized that Carlson is in danger and warned him to watch his back as the BTS Army is about to get him.

People who aren’t part of the Army but hate Tucker Carlson are praying to every deity in existence the fans to do something to take him out of the media industry. Some are offering support as they are ready to see the carnage that’s about to happen.

So what came out after Carlson’s commentary? Everyone grabbing their popcorn to see what will become of this Fox TV host after the BTS Army does its job.

Biden thanked the K-Pop group for the good work that they have done. BTS thanked the US president in return for signing the COVID-19 hate crimes act into law and appreciated what the White House has done to find solutions to an ongoing problem.

Look, once you kick the hornet’s nest, there is no going back.