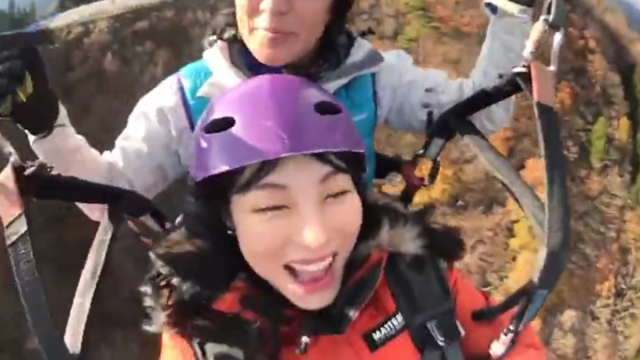 Twitch is a streaming platform that at one time seemed to be all about gaming, but other entertainers and influencers have joined the community to forever change what it’s all about. A subsidiary of Amazon, Twitch welcomes everyone from music streamers to broadcasters and anyone with a microphone and a camera.

Even though there is a lot of fun to be had on Twitch, at the end of the day it is big business. Some channels are sponsored while other channels have paid subscribers. Each of these Twitchers have a huge following and they keep their channels highly interactive with viewers constantly commenting, comments so fast a new user won’t know how to keep up.

Ninja would have made the list undoubtedly, but his break from the streaming platform gives these stars a chance to shine.

With 11.2 million subscribers, xQc identifies as a the leader of “the juicers”. Felix is a man in his 20s who says he wins at everything, so viewers watch his videos to get tips on strategies and also to find out what games to play. As you’ll soon find, gaming is a huge industry that hosts competitions like battles in a UFC octagon. It’s gamers like xQc who stay on top of the latest and make everyone aware of what’s going on in the gaming community.

LEC is huge with a big following on Youtube, Twitter, Instagram, and Facebook. They are a professional organization with their own line of merchandise and more. Imagine going to a gaming event wearing one of their shirts as a supporter of LEC. That’s what subscribers to their Twitch channel have done while they’ve marched off to battle in Demacia.

If you want to learn about games, listen to players’ experiences with games, and watch players play while talking about games, AdinRoss is the Twitcher to follow. Often featuring guests on his show, Adin Ross is serious about streaming, and with 6.5 million followers, he just might be worth watching.

For the Spanish speaking community, ElSpreen streams live games to their 5.6 million subscribers. With hundreds of thousands of viewers watching at any given time, ElSpreen keeps subscribers pleasantly entertained with lively discussion and flawless play. Minecraft is the game of focus for ElSpreen as they build worlds, create new things, and even take time to battle other gamers in the boxing ring.

Not only is CBLOL serious about gaming, their highly active channel is sponsored by multiple companies. CBOL is trying to build a positive community with no hassle. They even have a warning that subscribers who comment during play need to be aware that there are young kids watching and they need to keep their language kid appropriate. CBOL is one of the more professional channels on Twitch complete with an academy.

Grand Theft Auto V is what Paulinholobr is serving. Watch as he drives around town and shows you all the ins and outs of the game. The chat explodes while millions of people watch, and that’s what is considered in the entertainment industry as a highly active stream.

With 6.2 million subscribers, Riot Games is the home of League of Legens Esports. Riot Games keep subscribers informed much like a news show, as their panel analyze play and diagnose strategies that might or might not work.

Auronplay, otherwise known as Raul Alvarez Genes, boasts a cool 13.9 million followers. People come from all around the world to watch the livestream or to ask Auronplay questions. The language is Spanish, so brush up on it before log in and try to follow along.

GenshinImpactOfficial is a strange channel. It comes up on this list because it has 1.7 million followers, but they livestream a video every few days and then they take it down. So, it’s not possible to find past streams to catch up with the channel, but GenshinImpactOfficial is very popular as they also have an official website along with Youtube, Twitter, Instagram, Facebook, and a HoYoLab.

Quackity boasts an astounding 5.1 million subscribers. He has a sense of humor as he tells stories, and gives his followers deals. Listen to talk about anything that comes across his mind while he goes from subject to subject is very entertaining. A few minutes watching a stream and it’s easy to see why so many people like him.