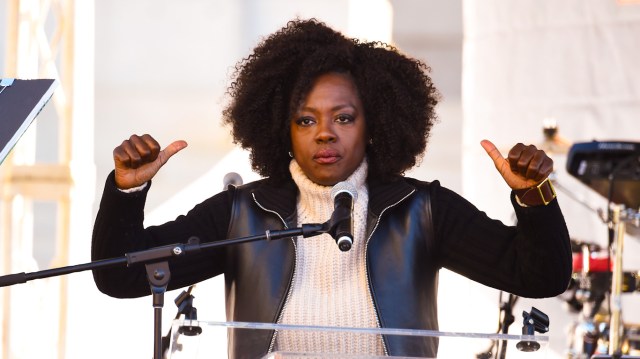 Oscar-winning actor Viola Davis said she was “gutted” at the news of Roe v. Wade being overturned by the Supreme Court of the United States Friday, which effectively banned abortion in about half of the states.

Davis, who won an Academy Award for 2017’s Fences, wrote a post on Twitter to accompany a news story about the development.

“And so it goes….Gutted. Now more than ever we have to use our voice and power! WE the people……🙏🏿🙏🏿” Davis wrote.

Comic book fans might know Davis best for playing the villain Amanda Waller in DC’s The Suicide Squad movie and the HBO Max spinoff, Peacemaker. However, she has played a variety of other types of characters over the years, including several real-life historical figures, such as her recent turn as Michelle Obama in Showtime’s The First Lady, as We Got This Covered previously reported.

Speaking of the First Lady, whose tenure in the White House was marked by being a lauded celebrity in her own right and fashion icon, she also released a lengthy statement about Roe v Wade Friday, saying in part she was “heartbroken” at the development.

“I am heartbroken for people around this country who just lost the fundamental right to make informed decisions about their own bodies. I am heartbroken that we may now be destined to learn the painful lessons of a time before Roe was made law of the land-a time when women risked losing their lives getting illegal abortions.”

The SCOTUS’ ruling effectively “stripped away the nation’s constitutional protections for abortion that had stood for nearly a half-century,” according to the Associated Press.