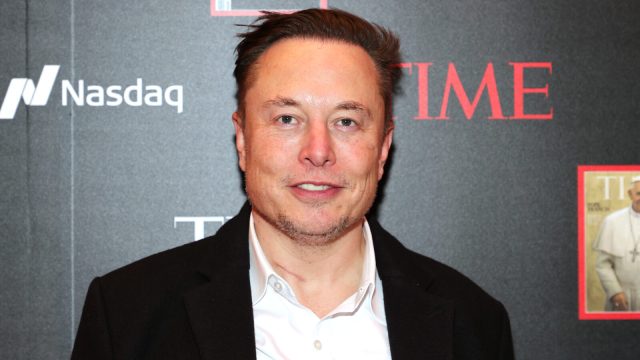 Elon Musk‘s name is never truly out of the news, as the Tesla CEO and now-owner of Twitter continues to court controversy and rile up his fanbase.

It’s a strange world, in which billionaires are treated as celebrities, but it is inarguably the world in which we live. Musk — more than most — has a shockingly loyal collection of passionate fans, who follow the CEO-turned-celeb’s every move. The discourse around his recent purchase of Twitter has Musk’s name back in headlines, as people process the change and ponder what it means for the popular social media platform. Musk has hinted toward some of his intentions for the platform going forward, but the 51-year-old is notorious for talking big and delivering small.

Despite this, people are already bracing themselves for impending changes on Twitter. Should the new “Chief Twit” decide to re-platform some of the figures ditched by Twitter in the past — including former president Donald Trump — a number of advertisers have promised to take their business elsewhere. Between this looming possibility and the hefty sum Musk dropped on the Twitter acquisition, people are wondering about the business mogul’s financial situation. The multi-billionaire certainly isn’t hurting for cash, but how much did the Twitter purchase drain his accounts?

Now that he owns Twitter, what is Elon Musk’s net worth?

As of 5pm EST on Oct. 26, Musk’s finances were doing just fine, according to a frequently updated list curated by Forbes. The publication keeps track of the world’s top earners, showcasing their ever-changing net worths and detailing the ups and downs. As of its latest report, Musk’s wealth experienced an uptick on Oct. 26, as reports of the impending Twitter close spread. His wealth experienced a rise of around $1.2 billion, which translates to 0.53 percent of his overall wealth.

Musk’s overall net worth is likely to experience a shift in the coming months, as he potentially hemorrhages ad revenue and adjusts to his new status as the owner of Twitter, as well as his many other business ventures. For now, however, he is sitting pretty with a truly staggering net worth of $222.1 billion, according to Forbes. His wealth has skyrocketed in recent years, booming in 2020 and growing exponentially in the years since. He is presently at the very top of Forbes‘ list of the world’s top billionaires, beating out Jeff Bezos, Bill Gates, and Warren Buffett.