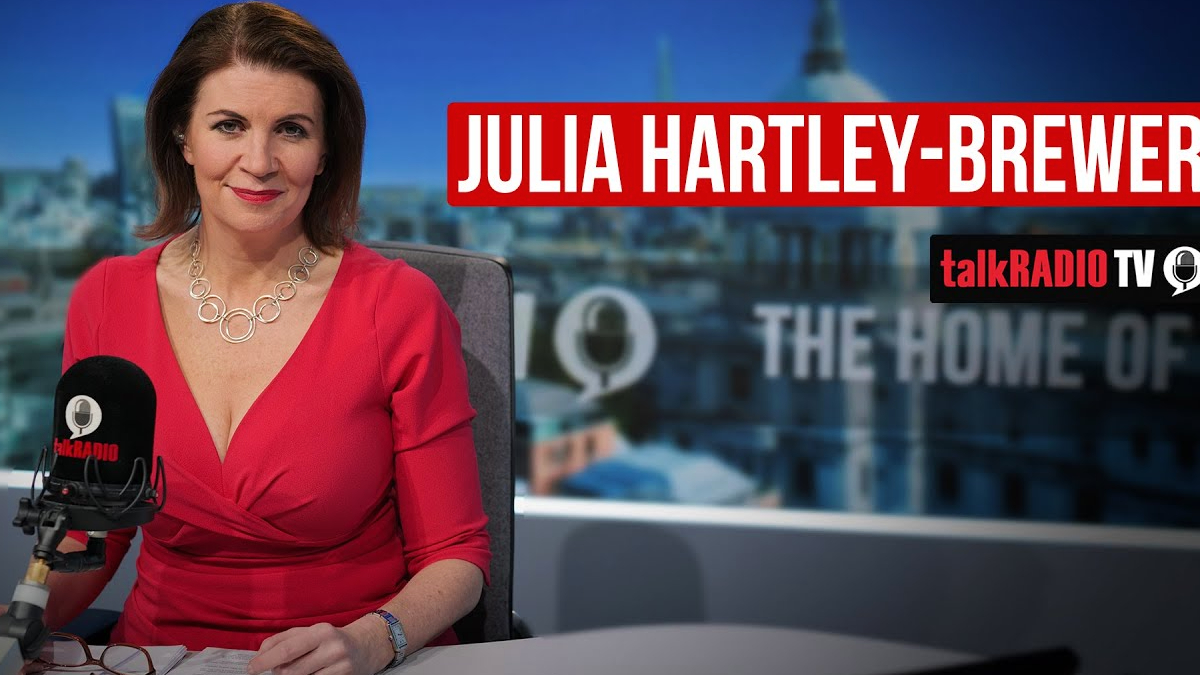 Born on May 2, 1968, in Birmingham, Hartley-Brewer is known for her long career in the field of journalism starting from 2000 until her present occupation as a radio presenter. After graduating from Magdalen College at the University of Oxford in the late 1980s, she worked at East London Advertiser in Bethnal Green.

Delving into her professional background would provide a glimpse into her extensive career background. She worked as a news reporter and political correspondent for various well-known publications such as the Evening Standard, The Guardian, and Sunday Express prior to becoming a radio host.

Undoubtedly, her journalistic career of over two decades enabled her to create a massive fortune. Let’s get to know more about her.

Julia Hartley-Brewer-net worth, and more

As of now, Hartley-Brewer has amassed a total wealth of approximately $10 million. Her status as a millionaire owes to her earnings from her previous jobs as a reporter as well as her current position as a radio host. Her annual salary stands at $102,583 at present. Not much is known about her personal life besides her marriage to Rob Walton in 2006. The couple has a 13-year-old daughter. Her husband has stayed away from the limelight and there is no detailed information about his age or occupation.

Throughout her career, Hartley-Brewer has managed to attract media and popular attention for outrageous comments that have been described as offensive to minority groups, particularly people of color and the LGBTQ+ community. Some of the noteworthy incidents include her taunting remarks on Meghan Markle which immediately sparked public outrage and criticisms.

In a 2018 photograph of the British royal family featuring children, she questioned whether Markle thought the picture was racist as her son Archie was missing from the photo. Hartley-Brewer was criticized for her insensitive comment as she was aware that Archie wasn’t born at the time.

Other episodes surrounding Hartley-Brewer include her siding with Andrew Tate in the Twitter spat between him and climate activist Greta Thunberg. She claimed that she would choose Tate’s life over Thunberg who she called a “half-educated, autistic, doom-mongering eco-cultist”. This was before Tate was arrested for human trafficking in Romania.

One of her recent comments which has caused controversy is when she placed the blame for English Channel casualties last month on the immigrants for voluntarily boarding the boats to come to the country.

She mentioned that the immigrants lived in France and not in war-torn Syria and therefore weren’t desperate in need of shelter. The remark has received backlash for being racist and displaying an intolerant attitude toward refugees.

Besides making her mark as a prominent journalist of her country, Hartley-Brewer has and continues to receive her share of criticism.