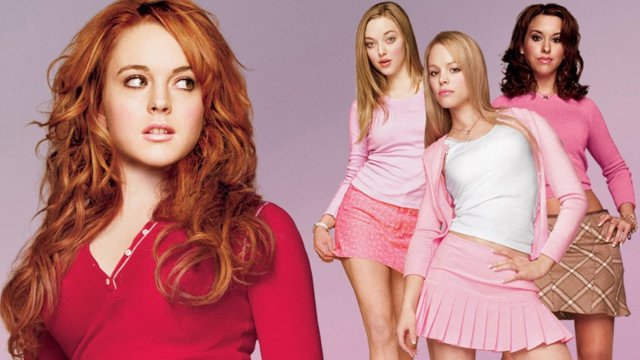 Innovative in 2004, Mean Girls took the world by storm upon its premiere. Very aptly named, this teen comedy introduces the life of a homeschooled student adapting to the social hierarchy of public high school. Its popularity is highly due to the spirited cast, paired with a lively script filled with humorous and quotable one-liners that are still a part of online culture to this day.

Get in, loser. We’re going shopping.

Nearly 20 years later, the comedy of this movie still holds up, and the success of the cast has grown exponentially. So, in light of its recent Netflix release, here’s what the cast of Mean Girls has been up to.

The leading actress from Mean Girls has had a turbulent ride since her quick rise to fame after her instant success with Mean Girls. Also known for Disney’s The Parent Trap and Herbie: Fully Loaded, Lohan quickly became one of the most coveted actresses in Hollywood. However, since then the actress rose to stardom rapidly and came down just as fast. Involved in quite the whirlwind of controversies, including debt, theft, and substance abuse, Lohan’s reputation preceded her. After being in the public eye for her behavior, the actress since decided to shift her reality and completely turn her life upside down. The 36-year-old announced her engagement on Instagram to Bader Shammas, and the loving couple has been living in Dubai for years now. Away from the entertainment world, the actress has admitted that in Dubai she “[finds] a kind of peace and solace that I don’t get anywhere else.” This does not mean fans have seen the last of Lohan’s acting career. The actress is set to star in two upcoming films in 2022, Christmas In Wonderland and Cursed.

Rachel McAdams’ rise to fame only continued since taking the role of mean girl Regina George in 2004. That same year, McAdams starred in The Notebook, one of the highest-grossing romantic dramas of all time. Since then, the actress has made a name for herself in the competitive Hollywood grounds, playing Irene Adler in Sherlock Holmes, and even appearing on the small screen in True Detective. In 2018, McAdams joined the Marvel Cinematic Universe as Dr. Christine Palmer — Dr. Strange’s love interest in the saga — and just recently returned for the sequel, Dr. Strange in the Multiverse of Madness. Although never truly away from the big screen and her first love, cinema, the 46-year-old’s true focus in the last few years has been on expanding her family. Alongside her partner, Jamie Linden, the pair welcomed their firstborn son in 2018, and a baby girl in 2020. McAdams has been leading a quiet and humble life in Canada — caring for her family — but without leaving her passion for acting behind.

After starring alongside her Mean Girls peers, Amanda Seyfried would go on to take part in several other renowned Hollywood endeavors, including Mamma mia! (2008) and David Fincher’s Mank in 2020, which has even landed her several Golden Globe nominations that same year. Seyfried has also showcased her musical abilities, landing a role in the acclaimed musical Les Miserábles in 2012, playing Cosette, one of the protagonists in the movie. Since her acting debut in 1999, the actress has been ceaselessly working on building her repertoire and completely taking Hollywood by storm, but that doesn’t mean she has completely left her personal life behind. Happily married and with two kids, the actress has been caring for her family, while maintaining her acting career, participating in multiple tv series this year alone.

Most recently, Seyfried starred in The Dropout, the dramatization of entrepreneur, CEO, and now convicted felon Elizabeth Holmes. The Hulu series chronicles the rise and fall of Holmes’ company Theranos. Holmes succeeded in defrauding investors and building a company with a net worth of $9 billion, based on false claims and an ambition and ego to rival that of Martha Stewart before her.

Chabert has also made a name for herself since her iconic role as Gretchen Wieners in Mean Girls. Starring and granting cameos in over 40 films and 50 TV series, Wieners has built up her resumé in an overwhelmingly successful way. For about 10 years now, the actress has taken part in over 27 Hallmark Channel movies, and earlier this year the 39-year-old signed a two-year contract with the company. Due to her talent, warmth, and good-natured persona on and off screen, Chabert has guaranteed her place in Hallmark movies for a decade now, making her one of the most in-demand actors the company has ever had. Besides her incredibly successful acting career, the actress also married her longtime boyfriend, business manager David Nehdar, and the couple welcomed their daughter in 2016.

Lizzy Caplan has also starred in numerous films and TV shows since her Mean Girls success, where she played the gothic and humble Janis. Several acclaimed shows have been added to her repertoire since her debut in 1999, including True Blood and the Showtime miniseries Masters of Sex. The actress also settled down with DaVinci’s Demons star, Tom Riley, and the pair welcomed a baby boy just last year. The 40-year-old hasn’t taken part in many projects for the past few years, but rumor has it she will participate in an upcoming movie and a show by the end of this year.

Over the years, Franzese has proven to be a quintuple threat. After his success playing Damion, an openly gay character in Mean Girls, the actor would go on to star in a myriad of movies and shows, including HBO’s Looking, a comedy-drama show depicting the lives of gay men in modern-day San Francisco.

The 44-year-old would go on to expand his horizons to the world of comedy, screenwriting, art curating, and podcast hosting. Writing, directing, and performing in several comedy shows and even his own one-man off-Broadway show, Franzese has also held a few art shows from 2007 until 2009. Currently, the actor is hosting a weekly comedy and faith podcast, and has been an active advocate for LGBTQ+ rights.

As an already established comedic actress, Amy Poehler’s participation in Mean Girls only boosted the popularity of this comedy powerhouse. Only four years after Poehler’s involvement in Mean Girls, a new comedy show was released with Poehler as the protagonist. Parks & Recreation came out in 2008 and would eventually become one of the biggest comedy shows of all time, gathering a large audience and following.

From hosting the Golden Globes to publishing her own memoir, Yes Please, the actress is still an active source of comedy in the industry, recently participating in the TV series Duncanville and hosting Amazon’s NewFront 2022. In her personal life, Poehler is currently single but has two sons with her ex-husband, actor Will Arnett.

Similar to her pal, Amy Poehler, Tina Fey is already an incredibly acclaimed comic genius. With an outstanding and unbeatable repertoire, Fey has been in the comedy industry since 1997, starting by writing scripts for Saturday Night Live. With huge titles attached to her name, Fey has starred in 30 Rock, Parks & Recreation, and Disney’s Soul. The actress has also collected several accolades for her work as a writer and producer. Currently, Fey has been working on Mean Girls The Musical, which is in the pre-production phase. Regarding her personal life, Tina has been married to composer Jeff Richmond since 2001 and the couple has 2 children together.

So, in case you had been wondering what was up with the Mean Girls cast, this is where they’ve been and what they’ve been up to in the years since the now-classic film debuted. The entire cast is thriving in their own way, and every fan is still watching them on the small screen and keeping a piece of this nostalgia a little closer to their hearts.