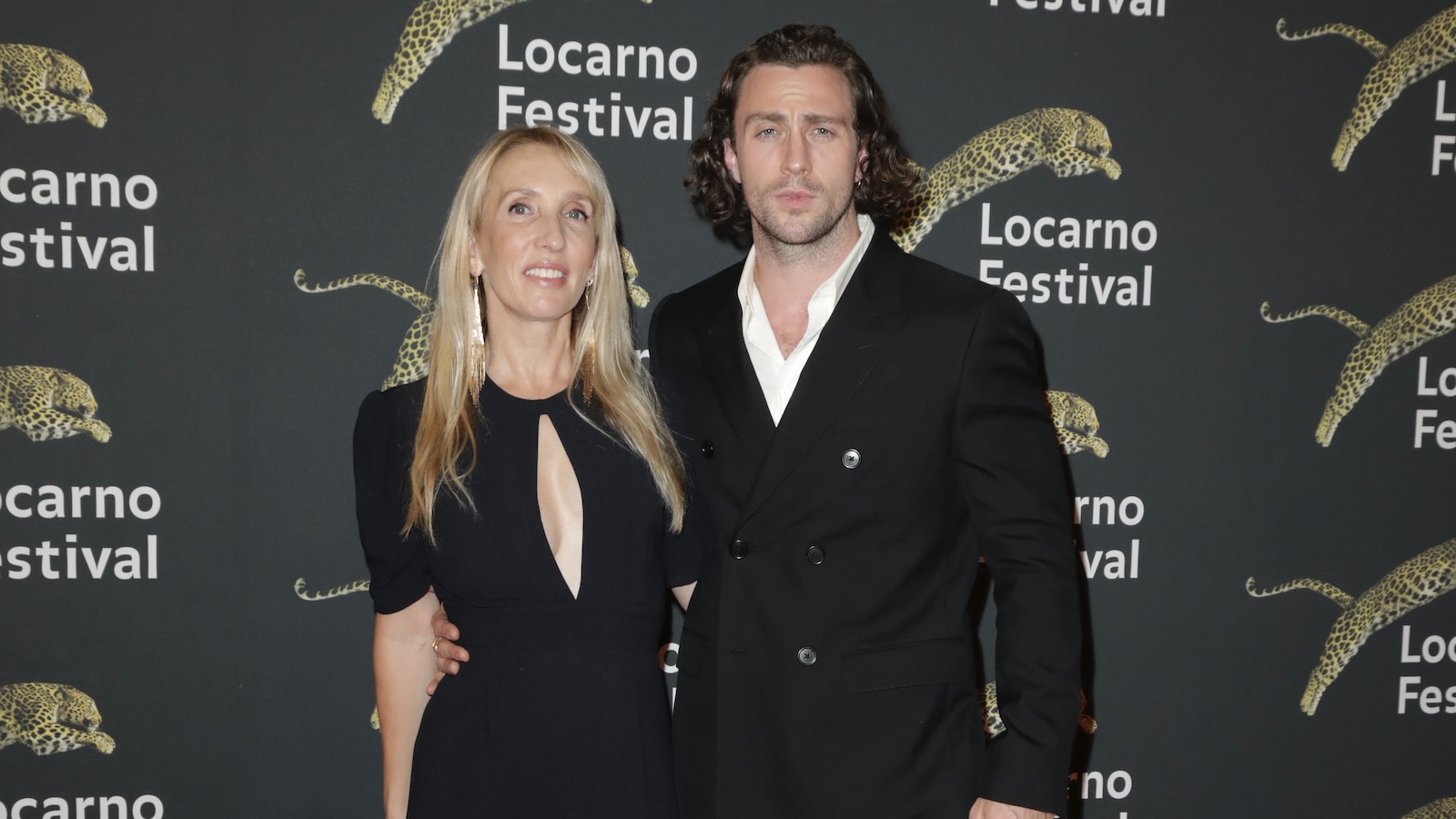 An older director meets with an aspiring much younger actor at home. The two strike up a relationship and the next thing you know they’re dating. It practically happens every day in Hollywood, right? Typical. But even though Aaron and Sam Taylor-Johnson met under those exact circumstances there’s nothing typical about their ten-year-plus relationship and marriage. And it’s begun to raise some eyebrows on social media.

Sam, then known as Sam Taylor-Wood was 42 years old, less than a year out of an 11-year marriage, and looking to cast the lead in her directorial debut, the John Lennon biopic Nowhere Boy when she met 19-year-old Aaron Johnson at an audition at her home. Sam was previously known for her work in fine-art photography and multi-screen video works. Johnson was a struggling screen and stage actor looking for his first big break.

While it may not have been love at first sight, Sam immediately knew that she had found the star of her movie. “I opened my door to John Lennon. I instantly knew he was the guy,” she told The Sunday Times UK.

The pair have stated that their relationship was strictly professional throughout the course of filming. But things would heat up immediately after the production wrapped.

“As soon as we finished, he told me he was going to marry me,” Sam revealed to Harper’s Bazaar. “We had never been on a date, or even kissed.”

In June, the couple celebrated their tenth wedding anniversary with a gushing post by Aaron, now 32, with the caption, “Sammy you are my love, my life, my soulmate, my wife, my world!” The pair have two children of their own in addition to Sam’s two children from her previous marriage. The two are set to collaborate again on the upcoming film Rothko about the notorious lawsuit between painter mark Rothko’s daughter and his executors.

However, Aaron’s star continues its ascent into the Hollywood A-List firmament as newer fans finding out about the couple’s generation gap are taking to social media outlets in disbelief.

It must be pointed out that even just a few years ago if Aaron was the older party in the relationship few eyebrows would have visibly risen. In fact, older male/younger female relationships are still fairly normative, especially in the case of second marriages. It’s certainly safe to say that dynamic is being reconsidered as an outdated ethic of the last century. But how much extra scrutiny does the Taylor-Johnsons’ marriage draw due to the fact that Sam is an older woman?

Nevertheless, however much the Taylor-Johnsons might wave off criticism of their pronounced age difference, many are opining that the relationship started out on inappropriate terms given the fact that Aaron was still a teenager and some have accused Sam Taylor-Johnson of outright grooming Aaron. Plenty of fuel is given to the rumor bonfire by comments that erroneously state that Aaron was even younger than 19 when he met Sam despite there being no credible evidence of this.

Pop culture commentator/TikToker Tishtoking aka Tash has posted a series of videos about Aaron Taylor-Johnson where she states that regardless of any legal issues, younger people in so-called May/September romances “lose [their] identity to form [their identity. Your identity becomes what they want you to be.”