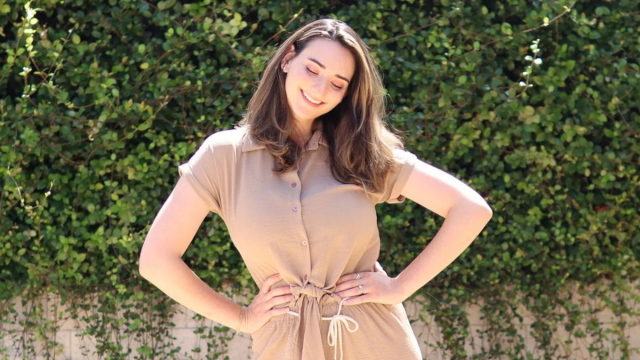 It looks as if Ben Shapiro isn’t the only famous one in his family. Abigail Shapiro, better known as Classically Abby on her social media platform, has made a name for herself as a content creator and an influencer. The younger sister of conservative pundit and Daily Wire founder Ben Shapiro is especially known as a Youtuber and conservative commentator who knows how to make headlines, and that’s enough to have the internet buzz about her.

Classically Abby gives advice on life as a “classy” woman and informs her audience how to stay “traditional”. That might be the kind of information her followers would want to know all about, yet they are not the same values everyone likes to share, and having polarizing views has made her a target.

Shapiro stitted controversy when she compared Nancy Reagan, the wife of President Ronald Regan, with notorious pop star Madonna. The comparison was especially shocking for fans of the ‘Queen of Pop’. Shapiro compared the two in photos at similar ages and said Nancy was “classy” while Madonna was “trashy”. That was enough to rile the fans of Madonna, but the Republican base ate it up.

Shapiro went on to criticize Taylor Swift for her song “The Man”, a song about gender inequality. Shapiro went on to say that she had lost interest in Swift after she became an “SJW”, or social justice warrior. Suffice to say, the response for Swift’s fanbase was fast and furious.

Who is Abigail Shapiro?

Born in 1992, Shapiro is a classically trained opera singer who turned to YouTube during the pandemic when work as a singer was not available due to the lockdowns. Shapiro is currently married to attorney Jacob Roth with whom she has a child.

According to her substack page, Shaprio describes herself with the following bio: “I’m a wife, mama, opera singer, entrepreneur, YouTuber, and your guide to becoming the classic woman you’ve always wanted to be!” She goes on to mention: “I like cooking my husband dinner and I love being married. Being a mama and wife are my most important jobs, and raising my son is the greatest gift and responsibility one could hope for. I have traditional values and I’m not afraid to share them!”

To her fans, Shapiro is a young woman who represents conservative values and is a positive influence to a social media savvy generation. To her distractors, Shapiro is living in the dark ages. Taking after her brother Ben, it is certain that Shapiro will be a polarizing figure who will continue to drum up controversy with her view points.