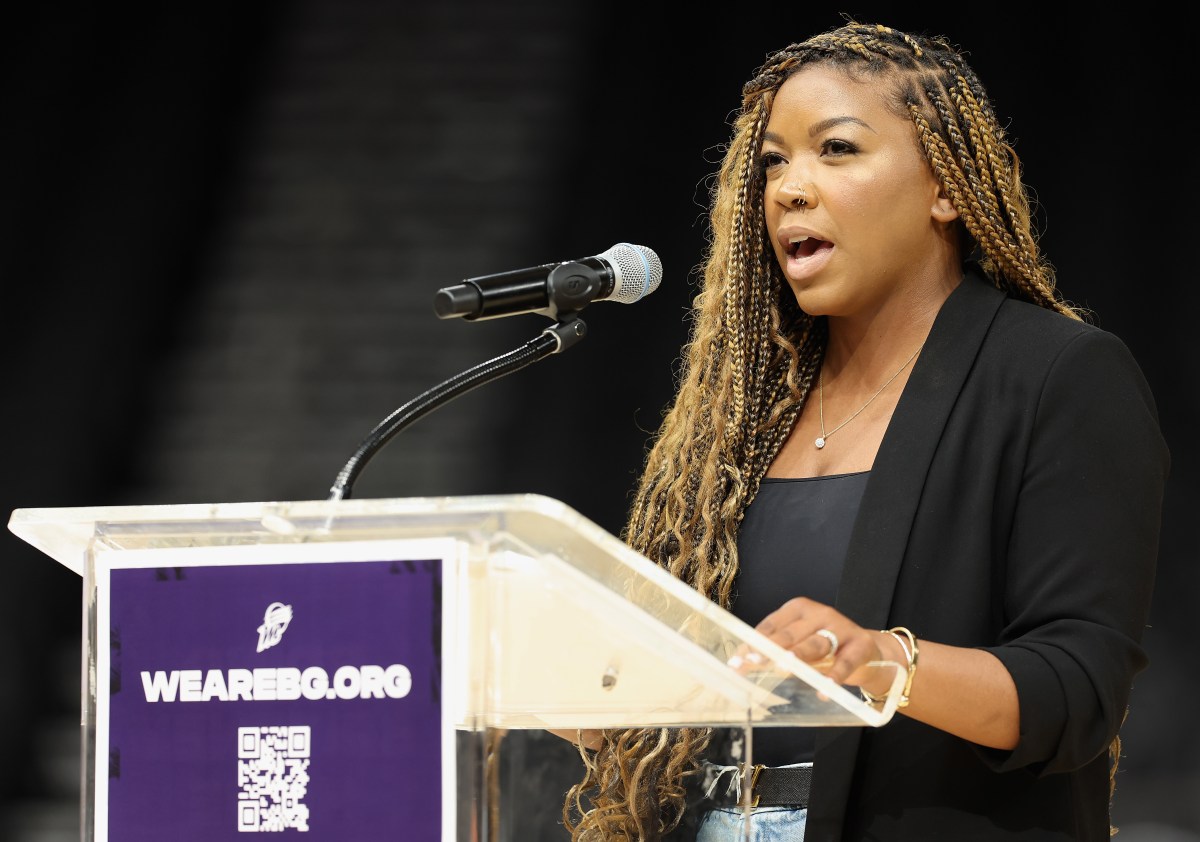 The ongoing Brittney Griner story finally got some resolution with the news that she would be released from incarceration in Russia in a prisoner exchange for Russian arms dealer Viktor Bout. Now she’ll be reunited with her wife Cherelle Griner, who has been campaigning for her release since the beginning of the ordeal.

The couple were married in 2019 after getting engaged in 2018. Griner has been very open about the relationship on her Instagram page, sharing milestones and tender moments about their relationship.

Now that the two are moving toward a reunion, let’s take a look back at the couple’s relationship timeline. Before we do that, let’s go over the circumstances surrounding Griner’s incarceration.

Griner’s release was negotiated on Dec. 8 after President Joe Biden’s administration worked out a deal with the Russian government. Griner was arrested on Feb. 17 after Russian authorities found hashish oil in her luggage in an airport in the country.

Griner, 32, a center for the Phoenix Mercury in the WNBA, traveled to the country to rejoin UMMC Yekaterinburg, a team she plays for in the offseason. Unfortunately, that never happened.

She was sentenced to nine years in a Russian work camp but fortunately won’t have to serve that sentence.

“She is safe, she is on a plane, she is on her way home,” Biden said on Dec. 8, according to NBC News. “She will soon be back in the arms of her loved ones and she should have been there all along. I’m proud that today we have made one more family whole.”

Griner’s wife Cherelle said she wanted to express her “sincere gratitude” to the Biden administration for Griner’s release.

Griner’s been fairly open about her relationship with Cherelle from the start, and she’s documented a lot of it on her Instagram page.

Griner shared a post about getting engaged to Cherelle back in 2018:

She also shared an anecdote about the first time they met.

“I will never forget the day I met you at Baylor in the sub area! You tapped me on my shoulder and told me I took your milkshake (still up for debate lol) and I was immediately blown away at your beauty! You had no idea but I knew you were the one for me baby.”

The couple tied the knot in June a year later. Perhaps because Griner’s last marriage was a very public one, to fellow WNBA star Glory Johnson, she wanted to keep this one a little more private.

Griner penned another loving tribute to Cherelle when the couple celebrated their second anniversary.

“Forever a party of two ❤️— well— until kids 😂. But for now can we get two of everything please: two tickets, two large popcorns (we don’t share food), one soda & one water (BG ain’t drinking water🤧)! Y’all get the gist! Lol I love you babe.”

Griner’s arrest was a shock to everyone, but none more than Cherelle. The doting and devastated wife took to social media to share some news about how she was holding up.

“We love you babe! People say ‘stay busy.’ Yet, there’s not a task in this world that could keep any of us from worrying about you. My heart, our hearts, are all skipping beats everyday that goes by. I miss your voice. I miss your presence. You’re our person! There are no words to express this pain. I’m hurting, we’re hurting. We await the day to love on you as a family.”

Griner had been incarcerated for a few months when the WNBA season kicked off again. All of Griner’s teammates wore shirts that said “We are BG.” Cherelle took to Instagram to share some highlights of her wife playing basketball with the caption “It’s GAME DAY!”

That same month, Cherelle went on Good Morning America to talk about the situation. She revealed that she spoke with Secretary of State Antony Blinken, who told her Griner’s release was a “top priority.”

“You say she’s top priority, but I wanna see it, and I feel like to see it would be me seeing BG on U.S. soil. She’s a political pawn.” She also provided some insight into why Griner went to Russia in the first place, explaining that it was an issue with finances.

“BG would wholeheartedly love to not go overseas. She has only had one Thanksgiving in the States in nine years since she’s been pro, and she misses all that stuff. Just because, you know, she can’t make enough money in the WNBA, like, to sustain her life.”

July saw a protracted interest in the Griner case from celebrities and citizens alike. One notable superstar that spoke up about the case was NBA legend LeBron James, which Cherelle reshared on one of her Instagram stories.

“We need to come together and help do whatever we possibly can to bring BG home quickly and safely!! Our voice as athletes is stronger together.”

Griner wrote a letter to Biden seeking assistance and Cherelle said that Griner was struggling with being incarcerated.

“Initially, you know, I was told … we’re going to try and handle this behind [the] scenes and, you know, let’s not raise her value and, you know, stay quiet and, you know, I did that. And respectfully, we’re over 140 days at this point, that does not work, and so I will not be quiet anymore. I will find that balance of, you know, harm versus help in pushing our government to do everything that’s possible because being quiet, they are not moving, they are not doing anything. And so my wife is struggling, and we have to help her.”

The couple spoke twice on the phone following Griner’s arrest. The first one, Cherelle said, offered relief but the second was much more dire, as Griner was exhausted and afraid by the whole ordeal.

“I think I cried for about two, three days straight,” Cherelle said. “It was the most disturbing phone call I’d ever experienced. She’s very afraid about being left and forgotten in Russia, or just completely used to the point of her detriment.”

Before Griner was moved to a labor camp she appealed her conviction, which was denied. Cherelle said she “couldn’t even fathom” what her wife was going through but that it was the hardest thing they’ve ever gone through together. Fortunately, things would get better eventually.

Vice President Kamala Harris revealed she spoke with Cherelle about the ongoing situation:

“The President called Cherelle to reassure her that he is working to secure Brittney’s release as soon as possible, as well as the release of Paul Whelan and other U.S. nationals who are wrongfully detained or held hostage in Russia and around the world. He also read her a draft of the letter the President is sending to Brittney Griner today.”

December was obviously very eventful for the couple, as news broke that the Biden administration had negotiated Griner’s release in exchange for convicted arms dealer Viktor Bout. The negotiations took place in the United Arab Emirates and were described as “intense.” President Biden said:

“These past few months have been hell for Brittney and Cherelle. People all across the country have learned about Brittney’s story and advocated for her release and stood with her throughout this terrible ordeal, and I know that support meant a lot to her family. I’m glad to be able to say that Brittney is in good spirits and relieved to finally be heading home.”

Cherelle then shared a little bit about what the past few months were like and how grateful she was to get to see her wife released.

“For the last nine months, you all have been so privy to one of the darkest moments of my life and so today, I am just standing here overwhelmed with emotions. The most important emotion that I have right now is just sincere gratitude for President Biden and his entire administration. He just mentioned that this work is not easy, and it hasn’t been.”

“Today my family is whole — but as you all are aware, there are so many other families who are not whole. [Brittney] and I will remain committed to the work of getting every American home.”