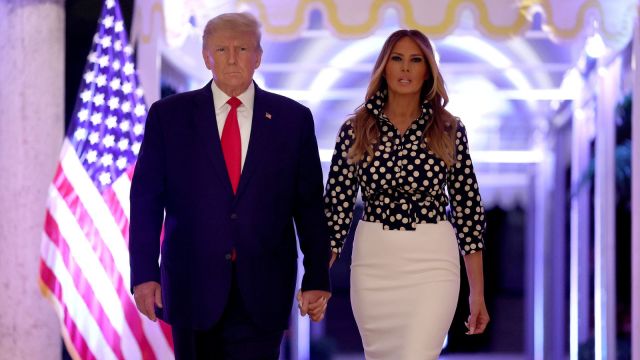 Donald Trump‘s announcement of his decision to run for presidency in 2024 has created plenty of questions in people’s minds. One of the big ones is who Trump would choose as his running mate. Due to the 2021 capitol riots, which were incited by the former president, there is a chance that Trump wouldn’t runas a Republican but would end up as an independent.

Just because his old political party somewhat turned its back on him doesn’t mean that some don’t still support him. Trump still has people in his circle, more specifically politicians, who would agree to be his official running mate and would-be Vice President.

Who is Donald Trump’s 2024 running mate?

During the previous 2022 election, Trump’s running mate was Mike Pence. However, it is highly unlikely that Pence will be back at Trump’s side in the next election due to the events of the 2021 U.S. capitol riots. The Guardian reported back in June 2022 that Pence refused to stop certification of Joe Biden’s victory. According to the Washington Post, Pence was asked to reject the 2020 results and described Trump’s words as “reckless.” Due to his defiance against Trump, Pence was seen as an enemy to not only the former president but also his followers.

At the moment, Trump has not yet announced his running mate for the election. However, the Washington Post theorized that it could be anyone in Trump’s inner circle who holds the same attributes as Pence did back in 2020. Some potential candidates listed were Senator Tim Scott and South Dakota Governor Kristi L. Noem.

So far, it has not been confirmed if Trump would be an official candidate for the 2024 election, especially due to the ongoing investigations being carried out against the former president. We’re more likely to find out more information in 2023 when the official list of candidates is released.