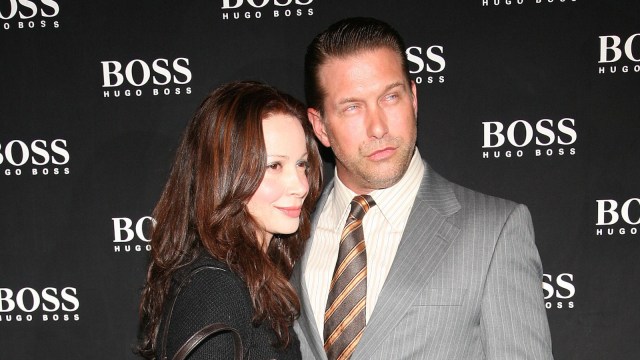 There is certainly more to Kennya Baldwin than the fact that she is a celebrity, or even the wife of a Baldwin. She is most well-known as the mother of Hailey Bieber, wife of pop superstar Justin Bieber, as well as the wife of A-list actor Stephen Baldwin. You would think given her connections and celebrity status that much would be known about Kennya Baldwin, but there is comparatively little knowledge about her beyond that she has a celebrity spouse or that she has famous family members.

That said, there is plenty to know about Hailey Bieber’s mom ranging from her culturally rich family in Brazil, to the unique achievements that set her apart from her celebrity cohorts. In this regard, there are a number of significant things that we need to know about Kennya Baldwin.

What do we need to know about Kenyaa Baldwin?

Here we’ve compiled a list of juicy tidbits and facts that offer a glimpse into the life of Kennya Baldwin.

Apart from having a celebrity husband and son-in-law, Kennya Baldwin comes from a family of influential people herself. This includes her father Eumir Deodato, a renowned Brazilian pianist, music producer, and composer who won a Grammy Award for Best Instrumental Performance in 1974. This highlighted his musical talent which was so great that he was regarded as a bossa nova legend. Amongst his popular works are Ladies Night, Too Hot, and Celebration, the latter of which was released by the famous Kool & the Gang. Her mother is Mary Ellen Deodato who is also a renowned music composer with notable achievements in her own right.

Along with her family background she has her own professional achievements. Born in the heart of New York, the 50-year-old mother of two has made significant achievements in her field. She is a highly qualified graphic designer, achieving significant recognition for her work, holding steady to the long-term goal of achieving this position underscores her ambition. She is believed to have a huge influence on other designers, further bolstering her professional standing. For her design work, her annual takeaway is estimated to be between $100,000 and $200,000, a sum which has undoubtedly supported her lifestyle.

She is private about her life

Baldwin’s absence from social media is purposeful. The Brazilian designer has been private about her life, explaining her absence from almost every social platform. It’s true—Baldwin doesn’t have a Facebook, or even an Instagram account. She had created a Twitter account back in 2015, but failed to remain active since July of that year, so the only way she appears on social media is on her daughter’s posts.

She has embraced her religious beliefs

Besides her professional achievements and eminent family background, Baldwin is also a devout Christian and well-known for convincing her husband to return to Christianity. Kennya is reported to have attended Brazilian Evangelical Church in New York, which inspired her to renew her faith and convert herself into a born-again Christian, a title that she proudly shares with her husband.

She, along with her husband, has confessed to being a conservative and rigid Christian with absolutely no room for errors. Apparently their beliefs have outweighed family bonds as Kennya’s father is disallowed from entering their household accompanied by his new girlfriend.

Her daughters are professional models

Kennya has two daughters named Alaia and Hailey Baldwin, and each of them has acquired prominence in their modeling careers. At the age of 25, Alaia represented both the U.S and the U.K by VNY models and Squad, respectively. She has gained great experience in the modeling industry and has worked for some of the biggest companies in New York and Milan.

Her sister Hailey has shared a similar path in the industry, whose fame ballooned overnight when she and pop superstar Justin Bieber announced their engagement in 2018.