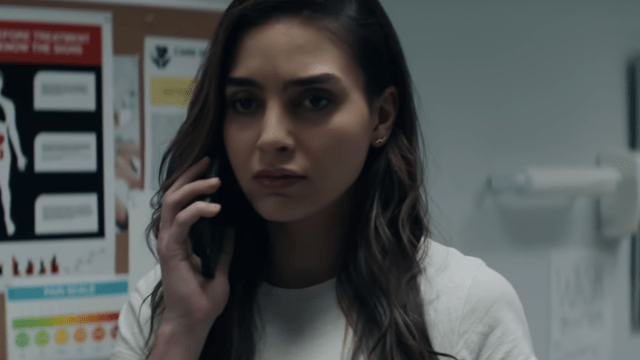 Melissa Barrera is quickly becoming one of Hollywood’s fastest rising stars. Her performance in Netflix’s Keep Breathing has won her a whole new legion of fans, many of whom are keen to dive into her back catalog.

But where else can you see Melissa Barrera?

Who is Melissa Barrera?

Born in Monterrey, Mexico, in 1990, Melissa made her debut in 2011’s La Academia. A Mexican musical talent show where a group is made to live in a house together while they study and learn how to become pop stars. While Melissa only placed 18th in this contest, it earned her many fans. And this got her roles in several popular telenovelas, which further boosted her profile. In 2014, she would make her film debut in L for Leisure, directed and written by Whitney Horn and Lev Kalman.

In 2019, Barrera married musician Paco Zazueta, someone she had met while competing in La Academia.

Where Else Can You See Melissa Barrera?

Melissa Barrera has been involved in several other projects. Her first starring role came in the 2014 telenovela Siempre tuya Acapulco where she played Olvido Pérez. This was followed by her taking the role of Mía González in 2015’s Tanto amor.

She also appeared in several Spanish-language movies, including 2018’s Sacúdete las penas and Dos Veces Tú. One of her first major American roles came in 2018 when she was cast as Lyn Hernandez in Vida. This series, created by Tanya Saracho, followed two Mexican-American sisters who had to move back to their old neighborhood. The show was a massive hit for Starz, and Barrera’s performance was praised by critics.

In 2021, Barrera truly broke into the mainstream when she took the role of Vanessa in In the Heights. An adaptation of the musical by Quiara Alegría Hudes and Lin-Manuel Miranda, the movie was directed by Jon M. Chu. It had incredible numbers at the box office and got praised by critics. This performance saw Berrera nominated for two awards. She got a Best Actress nod from the Hollywood Critics Association and a Best Actress in a Motion Picture – Comedy or Musical nomination at the Satellite Awards.

Barrera went from strength to strength after this, appearing in Scream in 2022, where she played Samantha “Sam” Carpenter, showing that her fame isn’t going to shrink anytime soon.

What Else Will Melissa Barrera Perform In?

Currently, Barrera has three projects in post-production. She is scheduled to reprise the role of Samantha “Sam” Carpenter in the next Scream movie that is planned to land in 2023. She is also playing Julie Rivers in Bed Rest, a film written and directed by Lori Evans Taylor that was meant to come out in July, but was pushed back to some currently unknown date.

She is also taking the titular role in Benjamin Millepied’s film version of the musical Carmen. This film is meant to launch in September this year, so Melissa Barrera will likely dominate next year’s awards ceremonies.