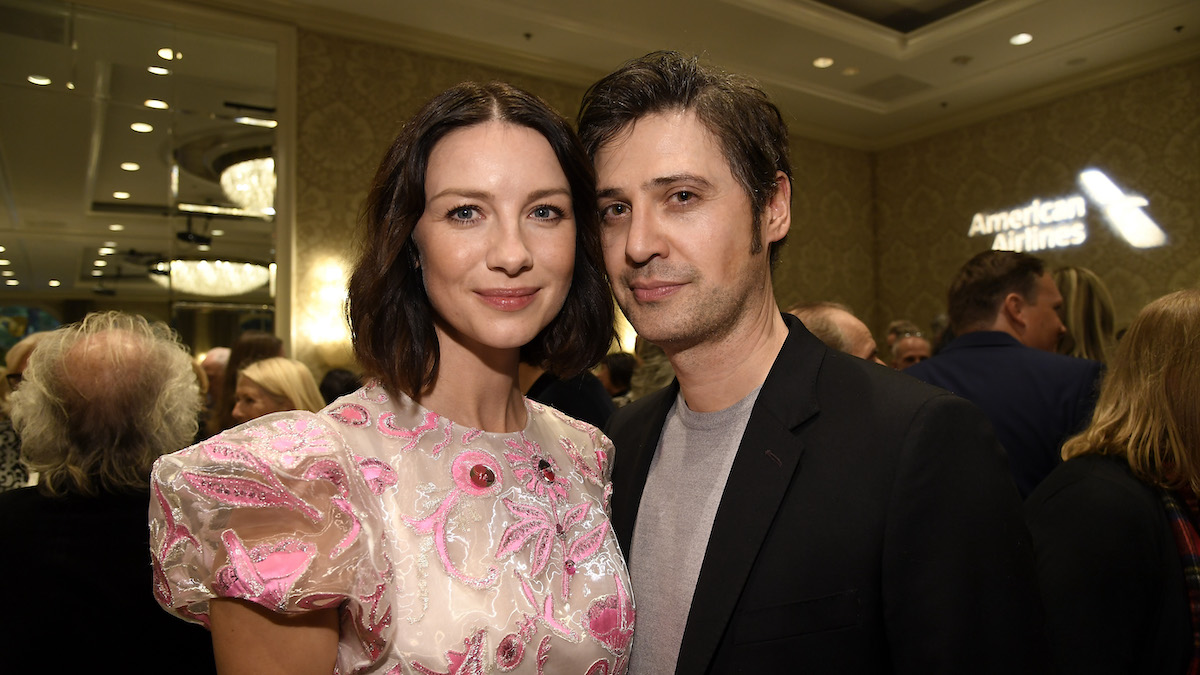 While everyone may know her as the strong and spirited time traveler Claire Fraser from Outlander, Caitriona Balfe’s life extends well beyond the Scottish Highlands. The Irish actress and former model actually has a lengthy professional repertoire under her belt, in addition to her long-term relationships behind the cameras, especially with her husband, Tony McGill.

That’s right, although it may appear that Claire and Jamie’s romance should’ve definitely blossomed into real life, Balfe and Sam Heughan are just good friends and coworkers, with absolutely no chance that their romantic courtship will go beyond the screen. In reality, the 43-year-old actress has been married to her hubby McGill since 2019, even though their relationship may date back to 2015. Here is all the information about McGill, the man who stole Balfe’s heart.

Who is Caitriona Balfe’s husband?

His name might be more recognizable than you think at first glance. Although McGill isn’t on the same entertainment branch as Balfe, he is actually no stranger to showbiz. As a music producer working in the U.K., McGill actually maintains a very low profile despite his profession, only being caught by cameras with his wife a handful of times. As it appears, McGill also owns a music label in London.

The producer was born in Ireland in 1973, making him six years older than Balfe. As previously stated, the couple is actually extremely private regarding their personal endeavors, evidenced by the lackluster announcement of their wedding, followed by the couple welcoming a child in 2019 out of seemingly nowhere. Balfe’s pregnancy was kept off the radar, and the couple never announced to the public that they were about to welcome their first offspring.

While it appears that the couple’s relationship took a fast-paced turn in 2019, the duo have actually been together since 2015, allegedly, when they were first spotted together by a friend. Amidst all the rumble and buzz surrounding Outlander’s premiere on Starz, Balfe and McGill celebrated accordingly, with Irish actor Donal Brophy posting a video on his Instagram account of Balfe playing the flute on McGill’s lap. Immediately, eagle-eyed fans noticed that their relationship went well beyond friendly flirting.

Not long after, in 2016, Balfe and McGill made a rare joint appearance at Jodie Foster’s Hollywood Walk of Fame celebration party, where the 49-year-old accompanied the actress. From then on out, albeit rare, the couple still appeared publicly a handful more times, when McGill accompanied Balfe at her public appearances, although Heughan, as her co-star, oftentimes went with Balfe instead. In 2018, Balfe also confirmed their engagement by showing off her ring at the Golden Globes.

There you have it. Balfe and McGill’s love is one for the storybooks. The music producer clearly knows the influence and stronghold he has in his wife’s heart, otherwise, it would’ve definitely been difficult to watch Balfe and Heughan’s undeniable chemistry.