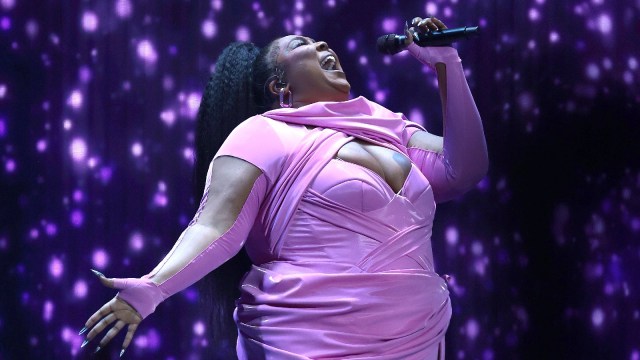 Lizzo recently played a 200-year-old crystal flute. While that may sound like the ingredients necessary for opening a portal to another dimension, there’s actually a good explanation. It happens to connect to none other than one of America’s Founding Fathers, it turns out.

During a Lizzo concert in Washington, D.C. Tuesday night, the pop sensation and classically trained flutist played the instrument made of crystal. This particular flute was once owned by James Madison, the United States’ fourth President, thanks to a loan from the Library of Congress.

In a post on Twitter, Lizzo claimed no one had ever heard the flute being played before, and that she was the “FIRST & ONLY PERSON TO PLAY THIS PRESIDENTIAL, 200-YEAR-OLD CRYSTAL FLUTE.”

While it was terrific to see Lizzo play the instrument with her signature flair, her claim of being the first and only person to play the crystal flute since Madison’s time wasn’t entirely correct. Rob Turner, a Baroque instrument professor from the University of Virginia, played the crystal flute on the radio back in 2001, per NPR.

It turns out the Library of Congress actually owns the world’s largest collection of flutes, of which Lizzo played several during a visit, the library said in a post on Twitter.

The Library of Congress even shared a behind-the-scenes video of Lizzo trying out the flutes and practicing for onlookers in the halls of the research facility.

The crystal flute was originally made in 1813 by a French flute maker as a gift for Madison to commemorate his second inauguration. The Library of Congress believes the flute may have been one of a handful of artifacts that were saved from the White House by First Lady Dolley Madison after the Washington, D.C. building was set on fire by British troops in 1814.