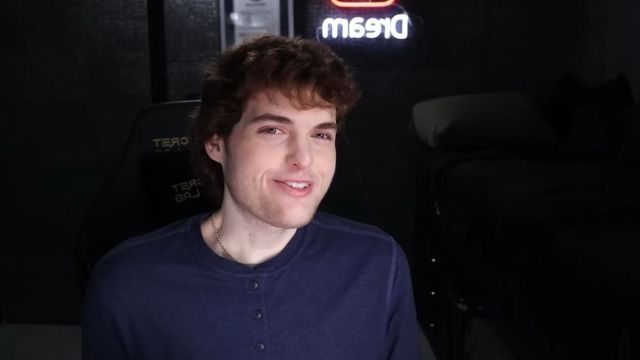 Minecraft YouTuber, Dream, is under the spotlight once more, but this time, it’s due to bad behavior. The online content creator was accused of grooming female minors, which caused fans to drop Dream right before the release of the Dream SMP lore finale.

These accusations divided the Dream SMP fandom. Some announced that they’d stop supporting Dream and want others to boycott the lore dump. Meanwhile, others still showed support for the Minecraft creator and didn’t believe the allegations because of who Keemstar is.

Regardless, Dream has been accused of very serious allegations, and only time will tell if the creator is guilty or not. If you’re confused about what’s going on, here is the #DropDream controversy, explained.

Twitter user @aLynn_mc1 (aka Amanda) released a series of threads and TikTok videos accusing Dream of grooming her when she was a minor. When the allegations first came out on Oct. 15, many of Dream’s fans accused her of lying and professed his innocence.

Dream released a TwitLonger on his private Twitter account. He claimed that Amanda said she was 18, not 17, and that her allegations were false. He also said that nothing inappropriate happened between them and made sure he was responsible when interacting with his fans. His post caught Amanda’s attention, and she’s decided to get the police involved.

All the updates stopped by Oct. 16 after she decided to sort things out. However, Dream was called out again recently on Twitter by DramaAlert host Keemstar. He started a Twitter Space where he spoke to other people who claimed that Dream messaged Amanda 30 days before her 18th birthday.

Meanwhile, Dream claimed that she was turning 18 in five days. Keemstar reported that Dream told his friends privately that nothing happened and all the allegations were false. This got fans confused because they assumed Keem was defending Dream.

This call led to the #DropDream hashtag to trend on Twitter. People were divided in their stances on the issue. Some believed the accusations and immediately dropped their support. Meanwhile, others still supported Dream and believed he was innocent.

What’s important to note is that Dream plans to release the Dream SMP lore finale at a future date. For those who don’t know, the Dream SMP is a popular Minecraft series on YouTube. It spans multiple hours filled with numerous story arcs following various content creators in a Minecraft server. People began to ask fans to skip the release of the lore finale due to the recent allegations.

At the moment, this situation has been a “he said, she said” situation. Fans were divided, and Amanda didn’t speak during Keemstar’s Twitter Space. Most of Dream’s statements were found on his private Twitter account, which only a few fans have access to. Only time will tell if Dream is innocent or not due to Amanda claiming she’s got the police involved. Meanwhile, it’s currently unknown if Dream will be fighting back as he’s currently working on the Dream SMP lore finale.