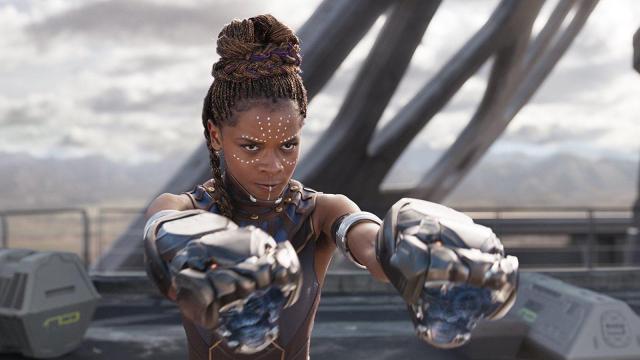 In the age of social media, it would seem that the way we receive our media news has changed forever, movies are announced on Twitter, Instagram shows the latest break-ups and make-ups, and with more celebrities making their way over to TikTok we know for sure that we can get a glimpse into whatever they are working on. With one Black Panther star now joining the craze, fans are sure that news regarding the sequel is sure to follow.

Lupita Nyong’o recently joined TikTok, posting a somewhat funny workout video set to the goat version of Taylor Swift’s “I Knew You Were Trouble”. The actress appears to be balancing on a yoga ball, showing off her impressive abdominal control. The actress hasn’t quite perfected her training, as she hilariously times the goat screams to every time she loses control.

Fans seemed overjoyed to see Nyong’o, welcoming her to the social media platform and praising the actress. With Black Panther: Wakanda Forever now on the horizon, has she joined at just the right time to start getting fans hyped for the upcoming sequel? Not only that but it isn’t far off at all to Marvel’s San Diego Comic-Con which will have fans sitting on the edge of their seats waiting for any new information or juicy gossip to drop.

With Black Panther: Wakanda Forever still in post-production, not much has been revealed regarding the plot. It is highly likely that the trailer or first look information will drop at the SDCC. It is highly likely the actress will be in attendance, and that could mean that those following her on TikTok can get a glimpse into what will occur at the event.