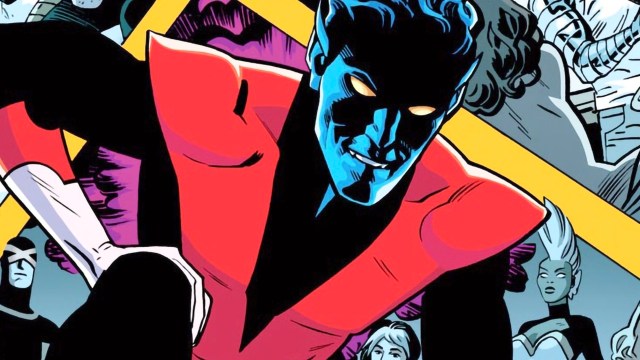 Kurt Wagner, popularly referred to by his superhero moniker Nightcrawler, is a staple member of the X-Men team. As one of the most unique and beloved comic book characters of all time, there’s no reason to doubt the blue-skinned mutant will appear in any upcoming MCU live adaptations of the mutant team.

Nightcrawler was played by Alan Cummings and Kobi Smit-McPhee in the X-Men movies from 20th Century Fox, and while Cummings has aged out of the role, Smit-McPhee is still a solid pick to bring the character to life.

However, if the MCU is heading in a completely different direction casting-wise, here are 10 other characters who would succeed in portraying the multifaceted mutant Nightcrawler on screen.

Kurt Wagner is known to be a fun-loving mutant who knows when to be serious and when to be playful. One actor that strikes this balance perfectly is Dylan O’Brien. O’Brien has proven time and time again that he has the range to play any character, from the comic relief best friend and sidekick, to the stoic protagonist. His work as Stiles in Teen Wolf is still regarded as one of his best performances, but he has gone on to play more diverse roles like in The Maze Runner and recently in Not Okay. For years now, his fans have clamored for him to take on a superhero role, and for a brief moment, he was linked to a live adaptation of Nightwing. However, O’Brien revealed that while he’s not set to play any superhero right now, he isn’t ruling out the possibility.

Nightcrawler isn’t a broody or menacing creature, despite his appearance and skillset. Most of the time, he’s a goofy character that loves adventure, and that’s the characterization that many fans would love to see on screen. Manny Jacinto is one actor who could portray the bubbly personality of Nightcrawler in the MCU. In his brilliant role as Jason in The Good Place, Jacinto portrayed a character that seemed silly and clueless, but could be insightful and loyal, very similar to Kurt.

If Marvel is interested in depicting a younger version of the X-Men, such as in X-Men: Apocalypse, or opting for a high school cast reminiscent of the famous animated series, Finn Wolfhard is one of the best young actors right now who is capable of delivering in such a role. Best known for his role as Mike in Netflix’s much-acclaimed thriller series Stranger Things, Wolfhard is a talented young actor who is fast on the rise. His acting chops in the dark series have been met with much praise, and would easily translate into the life of a younger, troubled Kurt Wagner who still makes time for some good laughs along the way.

Most people know Tyler Posey from his time as the natural leader and fiercely loyal Scott McCall from Teen Wolf. Posey has starred in other projects like the horror flick Truth or Dare, and the comedy drama Jane the Virgin. In both projects, and throughout his growing filmography, Posey has shown quite some range and versatility as a young actor. He and Nightcrawler share a key attribute of being lovable personalities, and Posey would bring a light, yet fierce energy to the role.

Jordan Fisher had his initial breakout as a teenager in shows like The Secret Life of the American Teenager and Liv and Maddie, and continued to shine with a primarily teenage audience with roles in the Netflix films, To All the Boys: P.S. I Still Love You and Work It. He is known for his playful and charming personality which seamlessly translates into the characters he plays. With Fisher as Nightcrawler, fans may get a glimpse into the flirty side of the mutant as he is known to be quite the ladies man in the comic books.

Justin H. Min has had a few standout performances in his career, with roles in The Umbrella Academy and After Yang. Fans love Min on and off screen because of his sweet personality, shy nature, and his undeniable talent. He is one of the actors whose regular self would make a convincing audition for Nightcrawler in a live-action adaptation. Lastly, Min has shown off his funny side, and is excellent at comedic timing, another perfect trait that greatly sums up Kurt Warner.

This highly decorated actor would be a great addition to the MCU as Nightcrawler. Dev Patel is known for his phenomenal deliveries in movies like the Oscar-winning Slumdog Millionaire and Lion. Patel has been widely acclaimed for his immeasurable ability to convey deep and stirring emotions on screen, and his empathic method of acting makes him a solid choice to deliver the riveting story of Kurt Wagner.

Another young actor that could play a teenage, or young adult version of Nightcrawler is Tyrel Jackson Williams. He began his career on Disney XD with the show Lab Rats and starred in the comedy series Brockmire. Despite his history with light-hearted and comedic roles, Williams has had moments where he proved that he can play more serious characters and it would be interesting to see his interpretation of Nightcrawler.

Richard Cabral has played many characters set in high-stakes and intense situations in projects such as Mayans M.C., American Crime, and Lethal Weapon. He is a great choice for the casting of Nightcrawler in the MCU, especially if the studio wants to lean further into the darker side of Kurt’s nature and portray a grittier version of him. Cabral is sure to knock a darker Nightcrawler out of the park.

Timothée Chalamet has cemented himself as one of the most prominent actors of his generation, and for good reasons. From indie films like Call Me By Your Name to science-fiction epics like Dune, he has played various roles in his career. Naturally, his fans continue to clamor for him to make his superhero debut soon, but for now, Chalamet as Nightcrawler is more of a long shot than most other actors on this list.