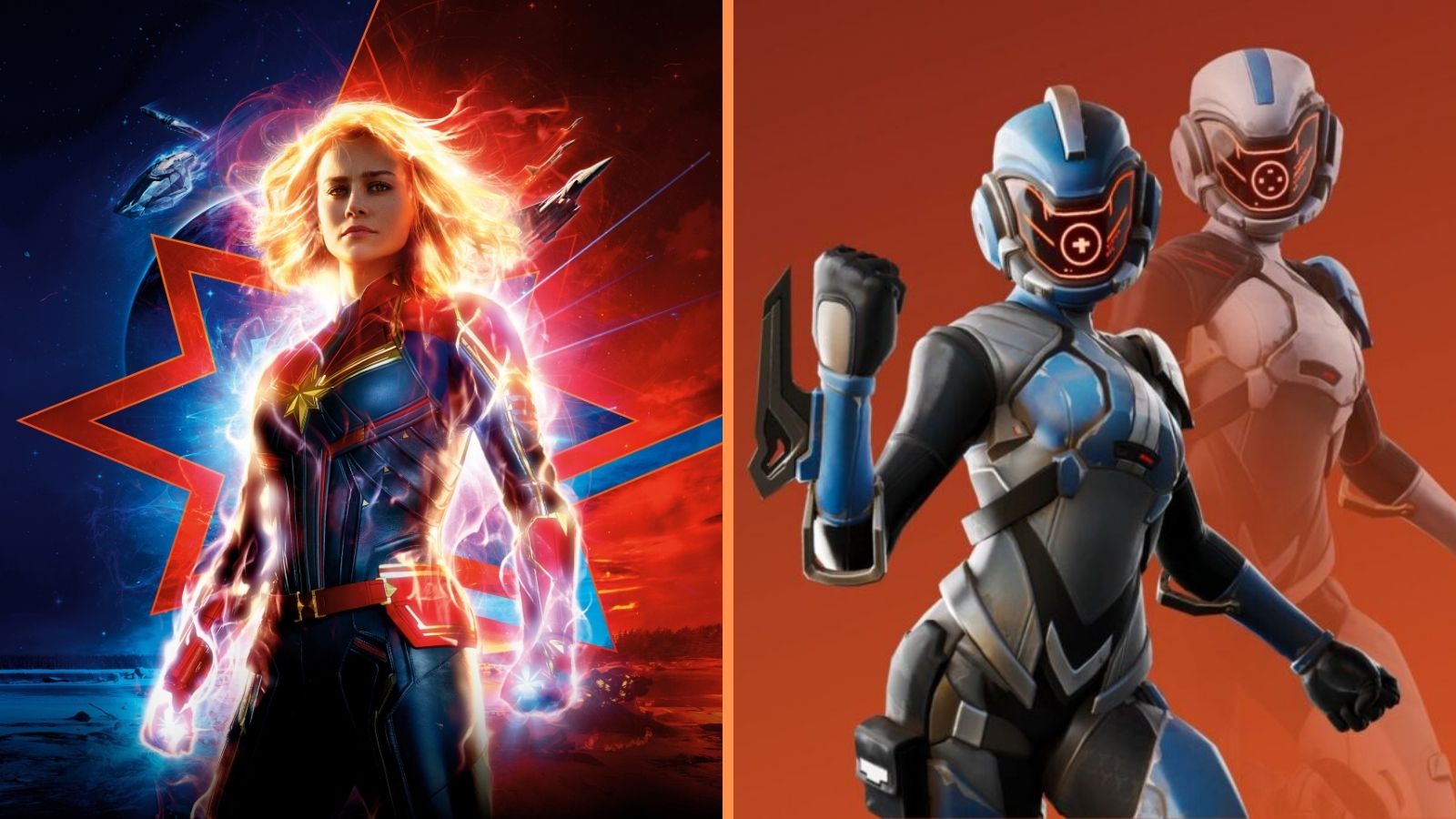 Marvel Cinematic Universe star Brie Larson is ready to hit the stratosphere in the latest teaser for her role in Fortnite.

After weeks of speculation, Larson was confirmed to have joined the cast of Fortnite’s latest season, Paradise, in an important role. Not too dissimilar from her Captain Marvel role, she’ll be playing a mysterious superpowered individual called The Paradigm. Sept. 19 saw Larson first share the news, with her now posting even more promotional material for Epic Games.

The Paradigm is powered by a strange metallic symbiote-like goo which gives her powers to phase through objects, morph into different shapes, and presumably kick some butt in the battle royale game. S

Sharing the latest teaser, Larson said she’s never “been more excited to jump into a new season of Fortnite“.

The Paradigm is not only voiced by Larson but visually based on her too with a slight bit of “Fortnitification” to her face. It’s not the first time Larson’s been involved with Fortnite, with her MCU character Captain Marvel seeing inclusion as a player skin a while back.

The role sees Larson continue to establish herself as one of the biggest actors of her generation, boasting an Academy Award for Room, the starring role in a multi-billion dollar sub franchise in Captain Marvel, and an upcoming role in Fast 10 alongside fellow MCU alum Vin Diesel.

A big year is on the horizon, with Fast 10 due out April 2023, before The Marvels soars into cinemas in July 2023. Fortnite’s Paradise event is currently available to play.