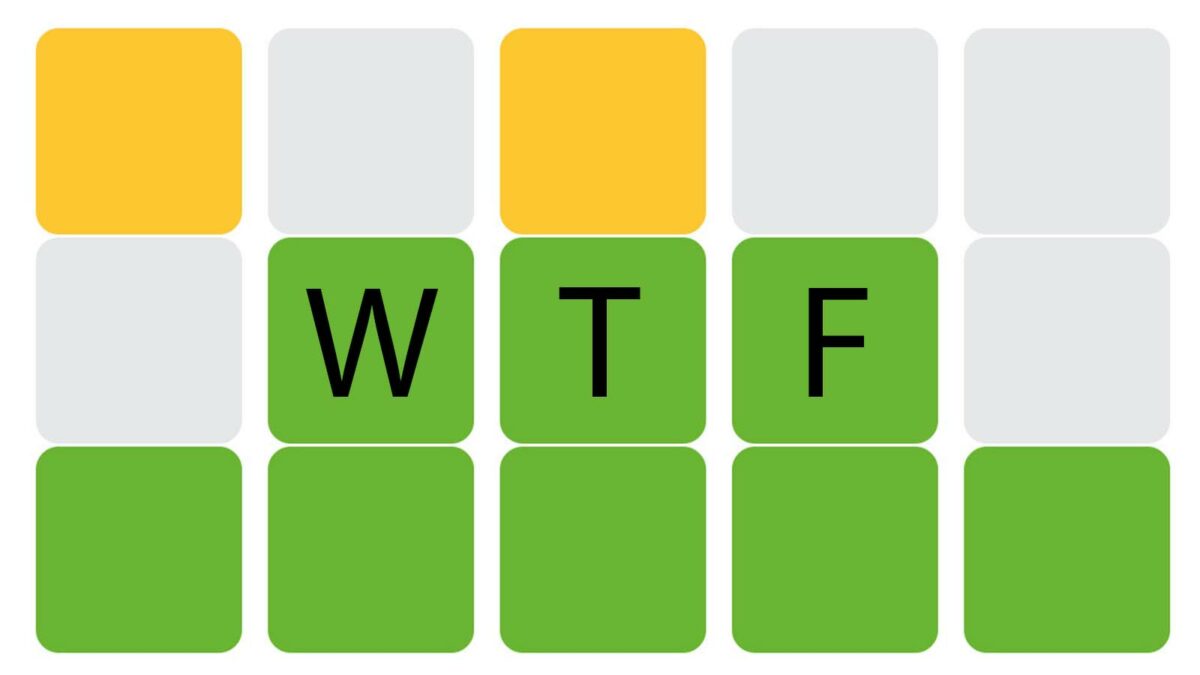 Amid the waves of colorful emojis filling up timelines and guessing consuming the brainpower of crossword puzzle enthusiasts everywhere, copycat apps of Wordle are on the rise. But what does it take to stand out among the green and yellow copycats? And how would one even go about turning a profit on an experience that is already free to everyone with a smartphone?

Wordle is a daily word game with two rules: Guess the WORDLE in six tries, and each guess must be a valid five-letter word. After each guess, green, yellow, and grey blocks will appear around each letter to help you get closer to the day’s WORDLE. If you’re still unfamiliar, it’s also where all those green, black, and yellow emojis accompanied by seemingly random numbers on Twitter are coming from.

Oh, and another important detail — Wordle is a free, browser-based game found here.

Wordle – The App is a free-to-download app for iOS developed by Zachary Shakked, a self-described entrepreneur and developer of organizational tools for social media management published under Shakd, LLC. “Word Game Everyone’s Playing,” reads an App Store description. Except, that’s not entirely true. It shares the same mechanics and rules as Wordle, but with one twist: some days, the words are four, six, even seven letters long.

It’s also monetized, offering a Wordle Pro subscription that costs $29.99 a year in exchange for unlimited games and difficulty modes.

Putting aside the shared name and color scheme, Wordle – The App isn’t the first monetized app trying to copy the viral popularity of Wordle. In fact, such mimicry is the status quo of the App Store (remember Threes and 2048?). And yes, word games like Wordle have existed pre-internet and were popularized by the retired game show Lingo. But what’s drawn the internet’s ire upon Wordle – The App is the tweets.

Shakked promoted his app on Twitter, posting metrics for downloads and subscribers on his now-private account. This morning, he tweeted out some of the stats “450 trials at 1am last night, now at 950 and getting a new ones [sic] every minute. 12k downloads, rank #28 word game, #4 result for ‘wordle’ in the App Store.” Those trials, mind you, are three-day free trials of Wordle Pro.

He also responded to early criticism sarcastically, replying “What trademark?” to a question implying World – The App is a “copycat” app. “Huge shoutout to the TV show Lingo for thinking of the game mechanics,” he replied to another along similar lines. However, he did not acknowledge the name and color scheme are also copied from Wordle.

“This is why tech culture sucks,” tech reporter Amanda Silberling tweeted in response. “The whole spirit of the game is that it’s free, ephemeral, and can’t be played more than once a day.”

Indeed, Wordle developer Josh Wardle shared with the New York Times that he developed the game for his partner, foregoing all-too-familiar mechanics that attempt to extract player’s time, attention, and money: “It’s something that encourages you to spend three minutes a day, and that’s it. Like, it doesn’t want any more of your time than that.”

While Shakked’s account has been set to private and the tweets are no longer viewable, screenshots are being shared because, of course, they are. Technologist Andy Baio’s tweet sharing such images has received some attention. Accompanying the images, Baio assesses the situation as such: “This guy shamelessly cloned Wordle (name and all) as an [sic] F2P iOS game with in-app purchases.”

And dame developer Jeff Wright penned a strongly worded tweet encouraging people not to download the app: “Some p***k is just cloning the game and posting it for monetary gain. Absolutely disgusting behavior.”

To access Wordle from your home screen, you can use a long-existing feature in iOS’s web browser to do just that. It takes just three steps, as demonstrated by a game dev on Twitter.

WGTC reached out to Shakked for comment but did not receive a response by the time of publication.