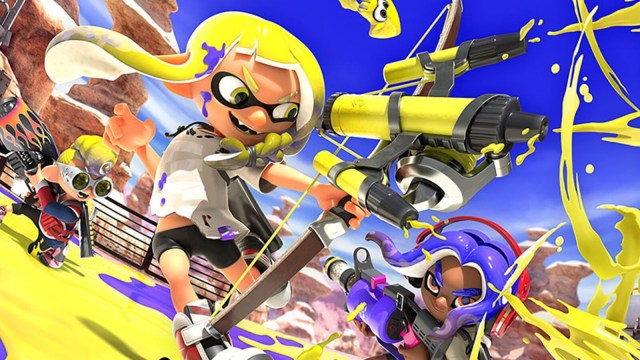 After some well-deserved downtime, we’re back again for another round of gaming news. After TwitchCon happened not too long ago, the streaming platform Twitch was the talk of the town, especially for last week’s most eventful round-up. This time, we’re fixing the spotlight back on Twitch for a second time, revisiting some old stories with new developments and even sailing across the ocean to visit Japan for a quick spell. In our last round-up, emerging developer Needs Games had unveiled UNDECEMBER, an all-new ARPG, while PlayStation Plus announced its monthly catalogue for October and a certain Kick-Ass star shared an ambition of hers for the gaming industry.

While there hans’t been too much buzz around gaming the last few days, there is still — as always — plenty of stories just begging to be written, if only one looks hard enough. In this gaming news round-up, we have an update on Adriana Chechik’s TwitchCon incident, an exciting achievement for Nintendo’s Splatoon 3 and more streamer news dipped in abuse allegations. All that and more awaits, so pause those games, save those files and discard those snacks. We’re going in.

On Oct. 11, We Got This Covered reported—as did multiple news outlets—that popular Twitch streamer Adriana Chechik had suffered an injury at TwitchCon. While performing, she had jumped into a foam pit and landed on her tailbone. Upon arriving at the hospital, it was revealed that Chechik had broken her back in two places. She had tweeted an update that informed followers of an impending surgery to put a meter rod in her back for support. TheGamer reported that Chechik had left the hospital on Monday, Oct. 17, and the streamer followed up with yet another tweet to share her progress. She wrote, “Today was so hard, I WALKED. I passed out after I brushed my teeth and had to be carried back but baby got her dancing shoes.”

Third-person shooter Splatoon 3, the third release in an ongoing saga from Nintendo, surpassed its predecessors in the Splatoon series by becoming the best-selling video game not only of the month of September, but also the entire year of 2022. NintendoLife reported that Game Data Library on Twitter had shared the figure for Splatoon 3‘s opening month sales. “The data from the report was shared by Game Data Library on Twitter, and it reveals that Nintendo’s third ink-based shooter sold just over 2.9 million retail units in the month of September alone. That means, in just a month, it’s surpassed Pokémon Legends: Arceus‘ 2.295 million retail unit sales.” It’s no secret that Splatoon is endlessly popular in Japan, so we aren’t exactly surprised so much as impressed. It’s a staggering amount of sales for a third installment, especially since most video game sequels—regardless of category or genre—rarely succeed to the extent of their predecessors.

Twitch streamers are the hottest topic in the gaming industry right now, especially with the updates from Adriana Chechik, but she isn’t running the show on her own. Also reported by The Gamer, another streamer, model, and social media personality known as Amouranth (Kaitlyn Michelle Siragusa) had the police knocking on her door after outraged fans filed several abuse reports against her husband.

On Oct. 15, she revealed on-stream that she had been married for several years. After her stream was interrupted by the aforementioned husband, he could be heard verbally abusing her in the background, which inspired a call to action from her concerned fans. As it turns out, nothing came from the calls, and all seemed to be well. “People on the team were able to talk to her and she says that she’s fine,” @TheRealMarzbar on Twitter (Amouranth’s Content Lead) said. “Police went multiple times since 5:00 AM yesterday. She says she’s okay, so they can’t do much. She spent all day talking to her husband to sort things out.”

Another one bites the dust. Stay tuned for more content from the gaming world, right here at We Got This Covered.