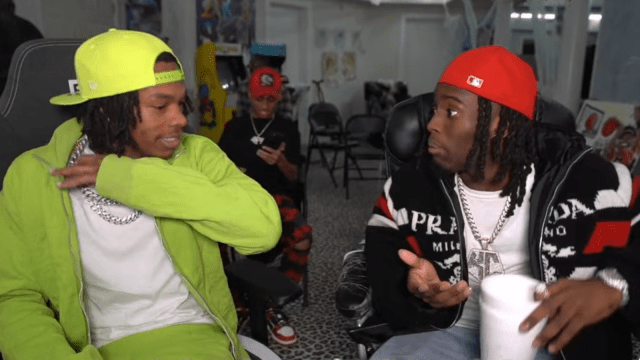 In a spectacle that’s becoming somewhat familiar to the Twitch community, one of the platform’s most rapidly rising stars Kai Cenat shattered his own viewership record when he was joined on-stream by prominent rapper Lil Baby.

The variety streamer known for playing Valorant, Minecraft, and Ready or Not revealed earlier today that the rapper would be joining his broadcast, and the announcement paid hefty dividends – Kai’s stream hit over 241 thousand active viewers, annihilating his previous record of 175 thousand.

The pair chatted about Lil Baby’s gaming habits, who turns out to be a bit of a Grand Theft Auto fan, as well as his new album It’s Only Me, which came out last week. Kai Cenat also gave the artist the lay of the land when it comes to the Twitch platform.

Naturally, the overwhelming hype from fans of both personalities propelled Kai Cenat’s stream to the front page of Twitch, the most sought-after piece of real estate on the site.

The streamer’s rise was already meteoric before the events of tonight’s stream, becoming the most subscribed channel on the platform as of Saturday – amassing over 104 thousand active subscribers, and dethroning former leader Casimito.

This isn’t the first time, and certainly won’t be the last time a celebrity appearance on a streamer’s broadcast has sent Twitch into overdrive – with Ninja having famously played a few rounds of Fortnite with Drake, and has also had Travis Scott and NFL player JuJu Smith-Schuster on his stream in the past.

Kai Cenat’s stream is still live at the time of writing, right now he’s weighing up the pros and cons of buying a helicopter with his buddies.