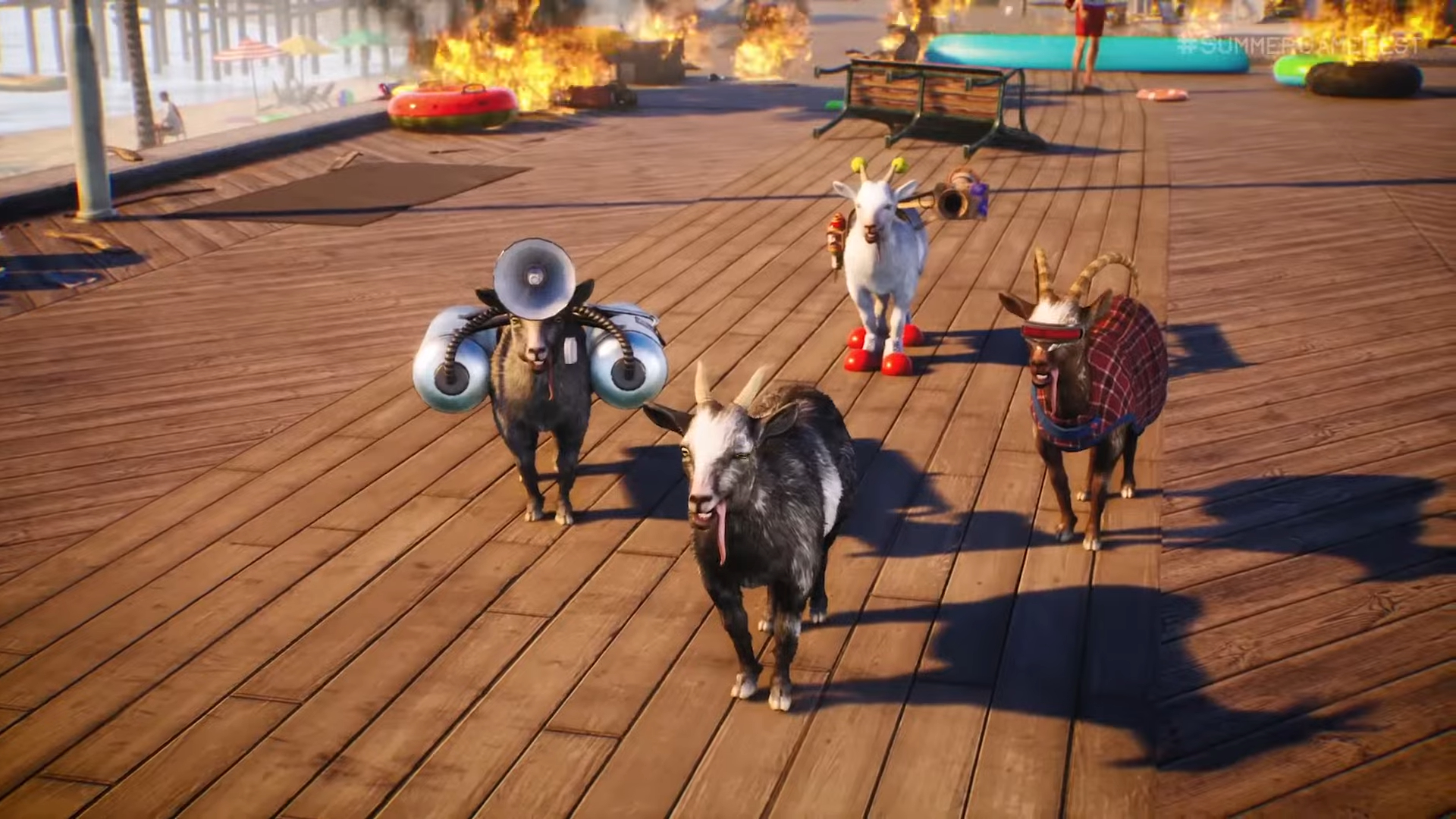 Before Untitled Goose Game saw players inhabit a water bird wreaking havoc in a sleepy European village, there was the G.O.A.T. of mischief himself, Pilgor, who maximized destruction of an unsuspecting world map years prior, in Goat Simulator. Now, the bleating heart anarchist is back with Goat Simulator 3, for which an accompanying trailer dropped at Summer Game Fest Thursday.

The trailer is a parody of a now-famous Dead Island 2 trailer from 2014, in which an oblivious jogger is completely unaware of the mayhem unfolding behind him. Imagine that, but instead of zombies being the source of destruction, it’s a very violent herd of goats who somehow have access to laser beams, jet packs, and rockets.

Despite the name, there was no Goat Simulator 2. The fact that the second game in the franchise is called Goat Simulator 3 is likely a nod to the game being a troll on the Dead Island franchise, as evidenced by the tropical setting and the similar trailer premise, as a rumored Dead Island 3 never did come to fruition.

The game is set on “the sandbox island of San Angora,” according to PC Gamer. And the silliness factor will reportedly be turned up to 11 in the new game, according to a press release, including goats riding other goats, goats wearing hats, and the horned mammals boasting full customizability and “new abilities” via special equipment.

Goat Simulator 3 is coming to Xbox, PlayStation, and PC fall 2022.