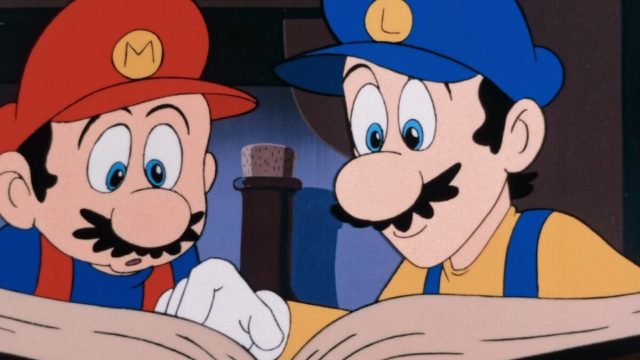 Now that Illumination is collaborating with Nintendo to bring the computer-animated Super Mario Bros. Movie to theaters next year starring Chris Pratt as the titular Italian plumber, it’s time to take a look back at the very first Mario movie to be released in theaters decades ago. However, the movie we’re talking about is not 1993’s live-action Super Mario Bros., starring Bob Hoskins in the main role. No, there was actually a Mario movie that came to cinemas seven years before that.

We’re also not talking about the 1989 live-action film The Wizard, which briefly featured a scene in which the first gameplay footage for Super Mario Bros. 3 was shown to North American audiences. That Fred Savage-starring film doesn’t count, either, since it is a movie about participants in a video game tournament and heavily features Nintendo product placement, rather than being a true video game adaption.

No, the movie we’re talking about is the 1986 anime Super Mario Bros.: Peach-Hime Kyushutsu Dai Sakusen!, which translates into English as Super Mario Bros.: The Great Mission to Rescue Princess Peach!. It is technically one of two of the first video game movies ever created, which were released on the same day — with the second being Running Boy: Star Soldier’s Secret, based on another Famicon video game, Star Soldier — as Kotaku reported.

Though the movie sounds ripe for a straight-to-VHS release, it was actually screened at a “few small theatres on July 20, 1986, in Japan,” according to the Lost Media Wiki.

The plot of the 60-minute movie centers around Mario and Luigi getting “sucked into their Famicom game” and tasked with rescuing Princess Peach from Bowser — unsurprisingly — as TheMushroomKingdom.net summarized.

The movie even featured plot points and characters completely novel to the franchise, such as Princess Peach’s love interest being her fiancée Prince Haru — rather than Mario himself being the subject of her romantic interests — like in the games.

Though official re-releases of the film are notoriously rare, even in Japan, a grassroots effort amongst fans eventually saw a 4K — and unofficial — re-release on YouTube earlier this year using an original 16mm print of the film that was discovered in 2016. You can watch the 4K restoration at this link, complete with subtitles.