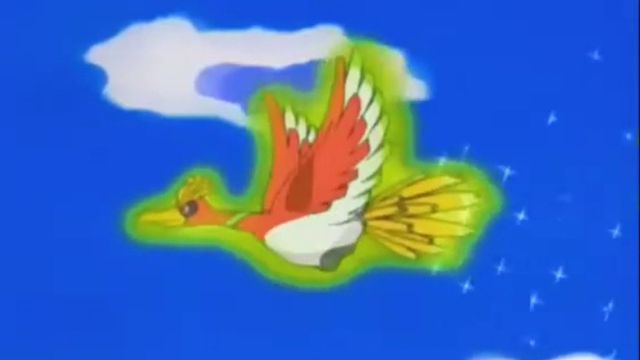 Image via the Pokemon company

Legendaries are said to be the most powerful creatures in the Pokémon franchise. It is said that these creatures either created the universe or played a massive role in the birth of the nation. They either saved lives or were part of the destruction. Either way, they continue to roam the Pokémon world.

And with great power comes those who attempted to capture these Pokémon for their own personal gain. From world-ending scenarios to attempts at creating a brand new universe, all it took was a 10-year-old trainer to stop these grown adults from causing global catastrophe.

Here are the top 10 best legendary Pokémon in the entire franchise.

This is the first legendary Pokémon created by man for the sole purpose of serving Team Rocket. However, Mewtwo defies its creators and searches for its own meaning in life. This Pokémon that resides in Cerulean Cave is worthy of those tough enough to beat it, as proven by both the games and the anime. Don’t underestimate the most powerful clone of one of Kanto’s known mythical Pokémon.

What’s interesting about Pokémon is that there are legendary and mythical duos that are polar opposites of each other. This is the case with Cresselia, the Lunar Pokémon. Cresselia is the polar opposite of the Mythical Pokémon Darkrai as this Pokémon is known to cure nightmares caused by the Pitch-Black Pokémon. But if searching for this Pokémon may be difficult for you, just finding a lunar weapon that this Pokémon drops is good enough to ward off those bad dreams.

Rayquaza is the third legendary Pokémon in the Hoenn region and is introduced two years later in Pokémon Emerald. This Pokémon is known as the master of the weather trio as it is able to stop Groudon and Kyogre from fighting each other. But asides from its fierce personality, it is also territorial. During the Delta Episode from Pokémon Omega Ruby and Alpha Sapphire, this Pokémon helps the trainer stop a meteor from approaching the Hoenn region which contains Deoxys. Rayquaza may be feared, but there is a reason why people in the Hoenn region respect it.

Think of Kubfu as a legendary-in-training with a fighting spirit. Just like every Pokémon trainer, it works hard to be the very best in order to perfect its moves and abilities. Not to mention, this Pokémon has the ability ‘Inner Focus’ that prevents it from flinching, meaning Kubfu uses moves like Focus Punch without any issue. This Pokémon can evolve into two different types of Urshifu — Single Strike style and Rapid Strike style — giving it the choice to become a water-fighting type or dark-fighting type. It also gives Kubfu new abilities depending on how it was trained.

Regidrago is a newly introduced Regi in Pokémon Sword and Shield that is said to have the power of all the dragon-type Pokémon. Just because this Pokémon is small doesn’t mean that it shouldn’t be feared. There is a reason why this Pokémon was sealed away and only tough Pokémon go after and face it head-on. If this Pokémon is powerful in that size, one can imagine the destruction it would have caused if there were enough crystals to develop its body.

Cosmog is a cute floating cloud of a legendary Pokémon with the potential to evolve to something even greater. It is said that this nebulous Pokémon acts like a newborn child as it’s very curious and is endeared to any human it sees. This small legendary Pokémon has a carefree attitude, and that’s a good thing as later down the line, it will evolve into Sogaleo and Lunala, two of the most powerful legendaries in the Alola region.

Xeneras is the first Fairy-type Legendary Pokémon ever introduced, making this Pokémon lethal against dragon-types. This stag-like Pokémon is said to share eternal life and revive those who have been petrified by its counterpart Yveltal. This Pokémon showcases the true potential of the Fairy-type and why it’s something it shouldn’t be messed with. While this Pokémon made a brief appearance in the anime, it still holds importance in the Kalos region.

Kyurem is the first Pokémon able to fuse with the other legendaries in the Unova region. It also has high base stats and is a dragon and ice-type Pokémon, making it very powerful. When Kyurem fuses with the other Unova legendaries, some of its stats increase depending on who it fuses with, making this creature very powerful. It’s no wonder why Team Plasma wants to use this Pokémon as a weapon.

Regigigias is the leader of the Regi Quintet and is known as the master of the Legendary Titans. This Pokémon created the know Regis that is seen across the Pokémon regions before it laid dormant in the Sinnoh region. According to legend, this Pokémon, alongside the other titans was once worshiped until they were deemed to be too dangerous. All of these were sealed away to prevent turmoil and destruction in hopes that someone in the future would be able to tame them.

Ho-Oh is the first legendary Pokémon introduced in the anime. According to legend, this bird gives new life to the Pokémon who are caught by the flames when a tower in Ecruteak City burns down. Anyone who manages to catch a glimpse of this Pokémon is blessed with eternal happiness. In the Pokémon games, this creature holds the item ‘Sacred Ash,’ a very powerful healing item that can restore the health of any Pokémon in a party.

Pokémon legendaries hold this title for a reason. They hold significance to each region’s lore and how they were once worshiped by people. These creatures have extraordinary powers that not only have been feared by humans, but also respected by others. But just like the legend says, only a tough trainer is able to face these Pokémon after they were either sealed away or remained hidden from others.