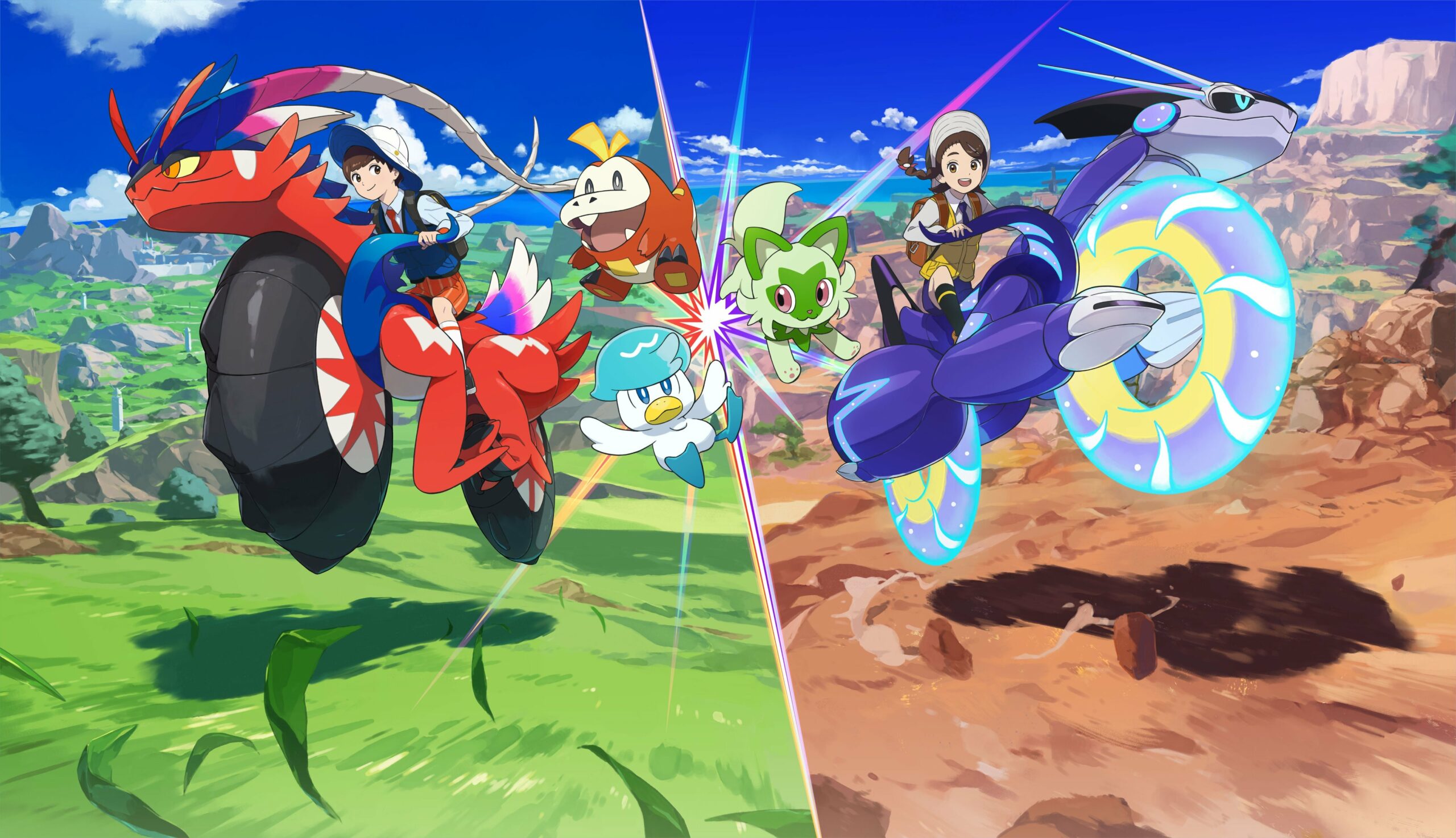 It’s getting closer, trainers! The release date for the latest Pokémon games is growing nearer and that means we’re constantly getting new information about the games and the new region to be explored. Today, we got a peak at what Pokémon we can expect to see in the game, but we also got introduced to some new Pokémon that call the Paldea Region home. Here’s which Pokémon will be introduced in Pokémon Scarlet and Violet and what we know about each of them.

The first Pokémon that were announced for the games, of course, were the three starters; Sprigatito, the Grass-Type, Fuecoco, the Fire-Type and Quaxly, the Water-Type. Each of them is very obviously based on an animal with Sprigatito taking after Litten and Quaxly being another duck-based Pokémon. Fuecoco, according to the Bulbagarden Pokémon site, is based on a crocodile. Many fans are still waiting with intrigue to find out what the final evolutions of these starters will be, but for now, all we know about these starters are their types and what they look like.

The legendary Pokémon of the game are Koraidon (left) and Miraidon (right). These are the two legendaries that will be gracing the covers of either Pokémon Scarlet or Pokémon Violet, depending on which version you purchase. We know that they’re both Dragon-Types, however, if either Koraidon or Miraidon have a second type, it’s unconfirmed at the moment. Both of their descriptions on the official Pokémon site are, “details about Koraidon and Miraidon are still shrouded in mystery.” In the newest trailer, we did see that both have the ability to turn into… a bike form? This will allow players to ride around on them as well as surf the seas and fly through the skies.

One of the new additions to the Pokémon world is Cetitan, an Ice-Type that is apparently based on a whale. You can see it —kind of — minus the feet, but creative liberties had to be taken, supposedly. According to the official Pokémon site, Cetitan’s ability is thick fat/slush rush. We’re unsure what that means, but it is listed on the site under Cetitan’s stats.

One of the cuter Pokémon to be announced was Fidough, a Fairy-Type puppy Pokémon. The trailer stated that Fidough was soft to the touch and based at its design, and name, it seems to be made out of literal bread dough. According to the official Pokémon site, “When these Pokémon become excited, they intimidate their opponents by puffing up their bodies to appear bigger. Fidough ferments things in its vicinity using the yeast in its breath. Said yeast is useful for cooking, so this Pokémon has been protected by people since long ago.”

Lechonk was announced in the prior trailer and is going to be Nemona’s parter Pokémon. Nemona “has undisputed skill in battle — though it does also seem that she’s not the best at throwing Poké Balls.” From what we know so far, Nemona will be one of many rivals for the player to encounter and defeat to progress. Of course, fans instantly went nuts over the cute hog Pokémon and loved seeing him fall and roll over. Lechonk a Normal-Type Pokémon and “if attacked by an opponent and startled, it will charge forward in a panic. It may appear fat at first glance, but in reality, the Pokémon’s body is mostly muscle built by constantly walking around in search of food.”

Now, Wooper isn’t a new Pokémon, by any means. In fact, Wooper was introduced way back in Gen II. This Wooper though, is a regional variant, meaning it can only be found in the Paldea region. According to the trailer, these Wooper cover themselves in a poison film and live on land. They protect themselves by shooting poisonous liquid from their hardened gills at predators. Paldean Wooper’s a dual-type Pokémon, being both Poison and Ground.

Also released in the previous trailer was Pawmi, another Electric-Type mouse Pokémon. Pawmi is similar to its predecessors in having the sacks of electricity on its cheeks. It also has organs on its forepaws that are used for discharging electricity, giving it an extra little boost. Along with this, Pawmi’s fur is thick enough to store electricity and hold it for later use when it feels threatened or uneasy.

Finally, we come to Smoliv, a new fan-favorite Pokémon that was released in the previous announcement trailer. It seems that Smoliv spends its days sunbathing. A Grass and Normal-Type Pokémon, Smoliv is one of those creepy-cute designs that we always love to see more of. “In the fruit on its head, Smoliv stores oil made from nutrients it gathers through photosynthesis. As a result, it can go for a week without eating or drinking. It prefers dry and sunny climates, and it seems to spend its days sunbathing.”