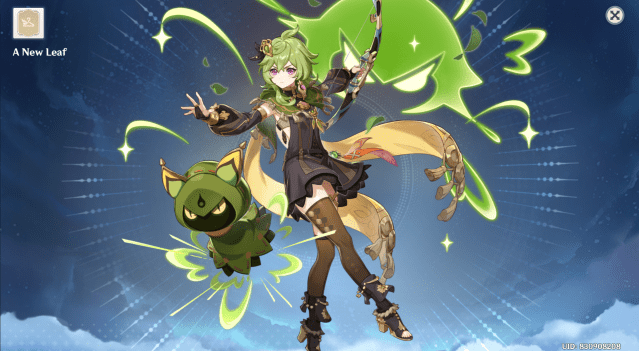 Collei is a new four-star Dendro character that was released in the version 3.0 update of Genshin Impact. And while the new archon quest gave hints on who this new character is, so much of her past is shrouded in mystery. But luckily, to those curious, Collei is found elsewhere outside of the games.

Back in 2018, two years before the game’s worldwide release, Genshin Impact released a series of webcomics on Webtoon. On it are some stories based before the events of the game that involve The Knights of Favonius, the Fatui, and some of the citizens of Mondstadt. But another character was introduced in the comics, Collei from Sumeru, as she plays an integral role in the web comic’s story.

Who is Collei in ‘Genshin Impact?’ Webtoon backstory explained

Before Collei became a forest ranger trainee, she was being experimented on by the Fatui. They tricked Collei’s family into thinking that they had a cure for her illness, known as Eleazar. It was explained in the 3.0 update that whenever this illness is untreated, the person may lose control over their own body. Rather than trying to save her, the Fatui injected her with archon residue, which caused her to unintentionally harm others.

Collei traveled to Mondstadt in search of help, but accidentally caused the deaths of Snezhnayan diplomats. Collei snuck into the city and was found by Outrider Amber in front of the Anemo Archon’s statue late at night. At first, Collei didn’t trust Amber due to past events, but the two eventually bonded and trust is formed.

Collei helped the Knights of Favonius’ investigation regarding the diplomats’ death and encountered a secret weapon built by the Fatui Harbingers. At the same time, Amber showed Collei around Mondstadt as they celebrated the Ludi Harpastum festival. But she wasn’t safe in the city of freedom as Kaeya was suspicious of her and caused her to unleash the black fire that caused the deaths of the diplomats. But Amber saves the young girl and they were met by Cyno, who said that they could help Collei’s ailment.

Cyno suggested putting a seal onto Collei to make those deadly powers dormant and she agrees. The ritual was successful, but the Fatui was able to find them. During the fight, Collei felt helpless but was reminded to not lose her spirit. The Fatui were defeated and Collei returned to Sumeru with Cyno. Before she left, she was taught how to write by Lisa and left a farewell letter to Amber.

Collei was once a weak little girl who needed help. She was hesitant and wouldn’t trust anyone willy-nilly, but she found kindness through the people of Mondstadt, especially Amber. And now, as the traveler continues their journey through Teyvat, Collei eventually finds trust in the new hero and their flying companion.