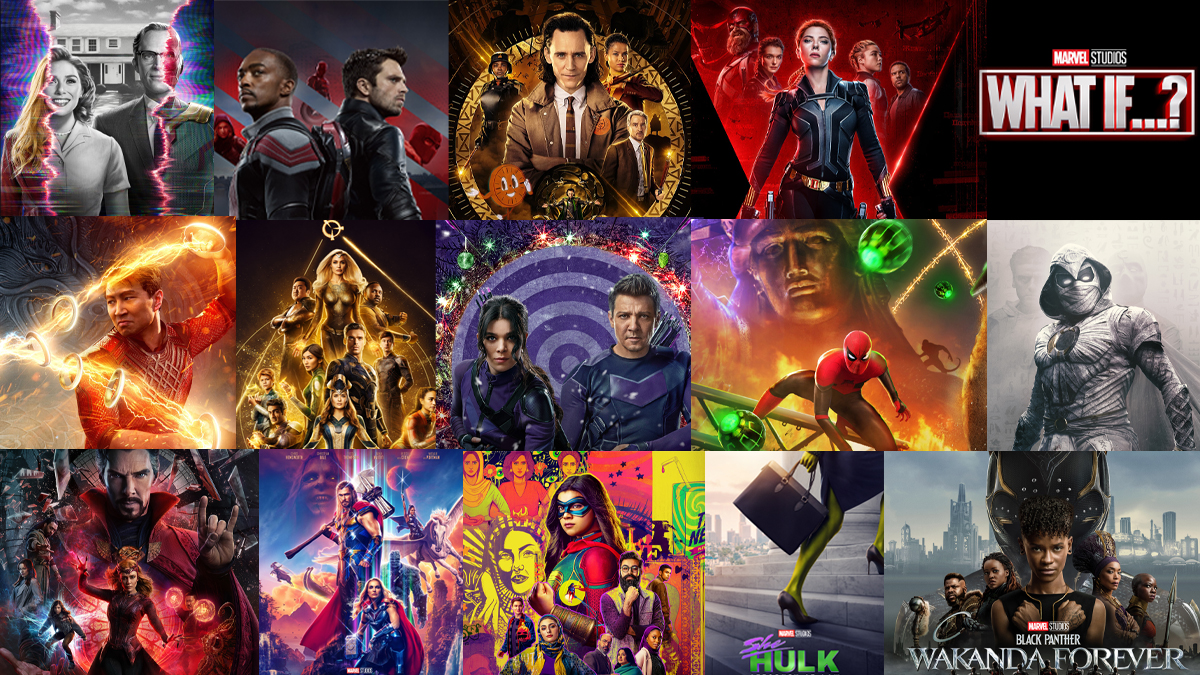 James Gunn is arguably one of the best writers and directors in Hollywood, so after taking the helm at DC Studios, there was hope yet for the studio struggling to find consistent hits. The Marvel Cinematic Universe has benefited from Gunn’s brilliance as the writer and director of the two Guardians of the Galaxy films, grossing more than $1.6 billion combined. The third installment is one of the most anticipated films in Phase 4, which will mark the end of Gunn’s tenure at Marvel. As he says goodbye to Marvel with Guardians of the Galaxy Vol. 3 coming out May 5, 2023, he is already making plans for the future of the DC Universe.

While the MCU has dominated the box office since 2008’s Iron Man was released, the studio seemed to lose its footing during Phase 4. Gunn, acting as co-chair and CEO of film, TV, and animation of DC Studios, is sure to be taking notes on how the MCU fell from grace. Some of those mistakes were obvious to fans from the get-go, while others were only noticeable after reflection. These are some of the issues with Phase 4 and how Gunn can avoid those same mistakes with the DCU.

No end goal in mind

MCU’s Phase 1 was comprised of several stand-alone movies, followed by the first Avengers movie to tie the storylines together. Phases 2 and 3 were a bit longer, but fans could see the overall storyline coming together. The Infinity Stones were being introduced and Thanos was being teased. Then, Phase 4 came along and while the movies are generally good, there doesn’t seem to be a bigger picture. Phases 1 to 3 had 18 solo movies with four Avengers movies — five if you count Captain America: Civil War. That averages about one team-up movie for every 3.6 solo films. Phase 4 had whopping 15 movies and TV shows during that time, but not a single team-up film.

Phase 5 is on the horizon and there still won’t be an Avengers movie. With so many new characters introduced in Phase 4, there really needed to be a team-up movie to tie the storylines together. In fact, the next Avengers movie — Avengers: The Kang Dynasty — won’t be released until 2025, six years after Avengers: Endgame.

While planning the DCU movies, Gunn needs to have a 10-year plan in mind. With a clear end goal, he can then figure out which characters need to be introduced and devise a plan of action.

Disney Plus vs movies

One of the MCU’s biggest mistakes was making TV shows that should have been movies. Sometimes, less is more. While the Disney Plus shows started off well, they quickly became monotonous.

Marvel started its first Disney Plus series with a massive hit. WandaVision was unique and finally showed viewers Wanda Maximoff in all her Scarlet Witch glory. The problem is, it seems like there should have been a Scarlet Witch movie immediately following the show. Maybe if they had switched movies around, Doctor Strange and the Multiverse of Madness could have premiered in July 2021 instead of Black Widow. We all know that Black Widow’s solo film should have come years prior, just after Captain America: Civil War. They could have then had a second film introducing Yelena Belova later.

Like WandaVision, Loki also benefited from having a TV series. It got to the storyline quickly and every episode felt fresh and exciting. The same cannot be said about The Falcon and the Winter Soldier. While Sam Wilson and Bucky Barnes were a great team-up, the series took its time getting to the storyline. It is definitely a series that would have been better off as a movie. Remember, sometimes less is more. In this case, three hours could have given us the same storyline without all the filler.

What If? and Hawkeye were also great TV shows, but the final three shows – Moon Knight, Ms. Marvel, and She-Hulk: Attorney at Law – all fell flatter than a pancake.

As big as the MCU is today, they should have more than enough money to create realistic CGI and sound stages, but that has been a problem throughout Phase 4. Phases 1 to 3 showed beautiful, picturesque settings that looked realistic, even though they were set on fictional planets far from Earth. The CGI was flawless and it didn’t distract from the viewing experience.

Black Widow had possibly the worst CGI and sound stages in the history of the MCU, but most notably when Yelena Belova decides to blow up the turbine, resulting in a scene that looks like it was made in the 1970s.

The CGI throughout Phase 4 has sometimes felt very cartoonish. Shang-Chi, for example; as great of a story as it was, once Shawn and Katy entered Ta Lo, it looked like the MCU entered the Pokémon universe. While the creatures within Ta Lo were beautiful, it definitely looked fake.

Doctor Strange in the Multiverse of Madness had a big issue with its CGI. From the giant cartoonish octopus chasing down America Chavez to the rooftop scenes of New York City. Those blunders may be overlooked by the other stunning visual effects throughout the movie, but it goes to show that even the biggest MCU movies have their flaws.

She-Hulk’s CGI was atrocious. If they did not have the money to give her good CGI, they should have scrapped the part where she had to be in She-Hulk form most of the time. It would have allowed the viewers to get to know Jennifer Walters a bit better and saved the CGI money for fight scenes.

Finally, Thor: Love and Thunder has recently come under fire for its bad CGI, with fans outraged that it’s being nominated for an Academy Award for Best Visual Effects. A former Marvel VFX artist named Dhruv Govil, who has worked on projects such as Guardians of the Galaxy, Vol. 1 and Spider-Man: Homecoming, recently said the VFX artists who bring the MCU to life are overworked and underpaid.

One of the biggest issues may be that the MCU is trying to put out too many projects, leaving their employees overworked, underpaid, and probably underappreciated. Gunn should be taking notes. If there are multiple projects going on simultaneously, then hire additional VFX artists to create the CGI. Some YouTubers create amazing CGI and would probably kill for a job like that.

No leader, no team

Obviously, the most popular Avengers are the core six – Captain America, Iron Man, Black Widow, Hulk, Thor and Hawkeye. After those actors’ contracts were coming to an end, Kevin Feige should have been thinking about other popular characters they could have highlighted to set them up as future Avengers. Instead, the Avengers have no leader and, as it looks right now, no real team.

After Black Widow and Iron Man made the ultimate sacrifice and then Captain America chose to remain in the past during Endgame, it left a gaping hole in the team. Hawkeye clearly doesn’t want to lead the team, Thor is usually off-world and the now-Smart Hulk is too engrossed in science to lead. Spider-Man seemed destined to take over, but now that nobody remembers Peter Parker, that leaves Captain Marvel, Doctor Strange, Wong or Sam Wilson’s Captain America. Captain Marvel isn’t well-liked, so that leaves Doctor Strange, Wong or Sam Wilson to take the mantle as leader of the Avengers, and most likely, Sam would be the best leader.

Phase 4 introduced the Eternals, a team that should have made their appearance during the Infinity War saga, so they now seem out of place. Not only that, but they were rather unlikeable and frankly, forgettable. Meanwhile, Shawn was very likeable in Shang-Chi, but he’s not really leadership material.

While it shouldn’t be expected for actors to sign their lives away for these movies, the powers-that-be could spread out their appearances, so the actors aren’t so overwhelmed, and may be willing to sign another contract. Gunn definitely needs to figure out how to keep the actors around longer or figure out a way to change up the actors. After 10 years or so down the road, Bruce Wayne’s Batman could easily be swapped out for Nightwing, then later, Bruce Wayne could train up Terry McGinnis as Gotham’s new Batman.