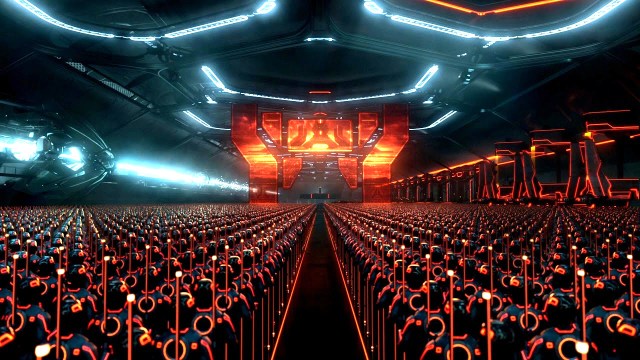 The murky world of Hollywood accounting makes it difficult to predict how high a certain movie needs to fly in order to be deemed a success, but we can safely say that 2010’s Tron: Legacy didn’t meet the threshold.

The easiest way to reach that conclusion is the fact a sequel never materialized, despite director Joseph Kosinski admirably voicing his support for another stab at the classic sci-fi property. In the end, a $400 million tally at the box office wasn’t enough to render the long-awaited sequel a catastrophe, but it was most definitely a major disappointment.

Armed with a $170 million budget, which isn’t even factoring in the hefty marketing and distribution costs that would have run into the hundreds of millions, Tron: Legacy struggled in trying to entice casual audiences that the continuation of a 1982 niche cult favorite that had itself under-performed in theaters was worth their time and money.

It’s nothing short of a dazzling visual delight, though, and the soundtrack by Daft Punk absolutely slaps, but the de-aging effects used on Jeff Bridges could generously be described as inconsistent, while the same goes for the sprawling storyline and leading man Garrett Hedlund’s fairly one-dimensional performance.

Legacy is a firm cult favorite these days, to be fair, so much so that it’s returned to prominence on streaming by snagging a spot on the iTunes global ranks. As much as fans would have loved to see a straight-up sequel, they’ll have to make to with reboot Ares instead, which boasts Dr. Michael Morbius himself Jared Leto in the lead. Yay?