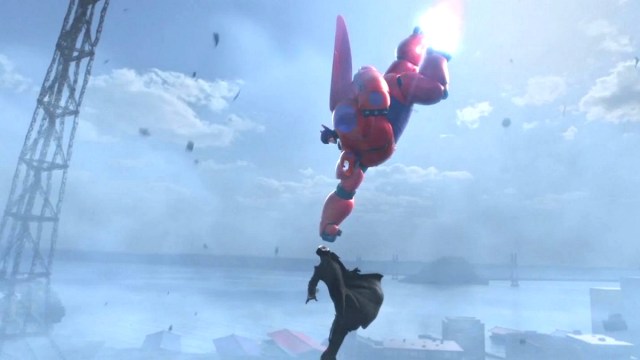 When naming the best Marvel movies ever made, the cinematic universe is obviously the first port of call, while animation aficionados will likely turn towards Spider-Man: Into the Spider-Verse. However, there’s a real case to be made for Big Hero 6 comfortably existing among the top tier.

The animated spectacular hauled in a massive $657 million at the box office, landed an Academy Award for Best Animated Feature, holds a 90 percent Rotten Tomatoes score, and even features a post-credits scene and a Stan Lee cameo to hammer home the fact you’re definitely watching a Marvel motion picture.

Big Hero 6 was co-directed by Don Hall, who helms Disney’s latest animated effort Strange World alongside Qui Nguyen, himself a familiar presence at the Mouse House after his contributions to the screenplay for widely-acclaimed favorite Raya and the Last Dragon.

You don’t need six degrees of separation to make the jump from Nguyen’s filmography to another animated Marvel property, and he revealed exactly which one he’s got his eye on during an interview with ScreenRant by voicing his enthusiasm for Agents of Atlas.

“Oh, yeah, I would, and it depends on which version, right? Because there’s the older version where it’s the old superheroes, and then there’s this newer version which I really connect to, which is Shang-Chi, Jimmy Woo, Silk, and all those characters that would be super excellent. But I think that those guys over there at Marvel Studios I think they’ve got a solid grasp on their characters over there.”

Fans have made it known they’d love to see the Agents of Atlas in live-action, but if that doesn’t happen, a Big Hero 6-inspired version from the mind behind Strange World and Raya and the Last Dragon sounds like a more than acceptable substitute.