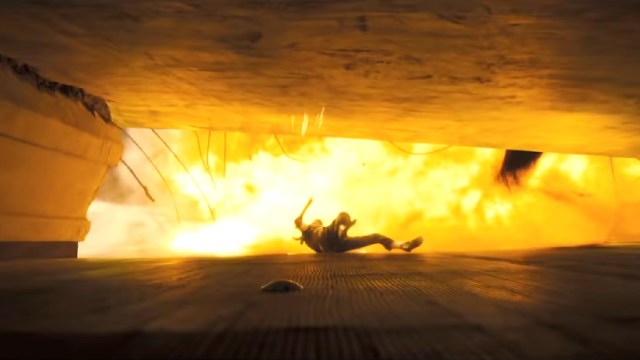 After 12 long years, fans could barely contain their excitement when it was confirmed Bruce Willis would be returning to the most iconic role of his career in long-awaited sequel Live Free or Die Hard, with the classic action franchise finally making its way back to the screen after countless false starts.

Len Wiseman’s fourth installment is a solid, efficient, and suitably explosive $110 million blockbuster, but a lot of longtime John McClane supporters were left pretty pissed off that it wasn’t really a Die Hard movie at all. No longer an everyman way out of his depth, the legendary protagonist was now an invincible PG-13 superhero who could take down fighter jets with his bare hands, launch cars at helicopters, and escape from all sorts of certain death scenarios with barely a scratch and a wry one-liner to show for it.

The backlash even assisted in obscuring the fact that Live Free or Die Hard was widely acclaimed by both critics and audiences, as evidenced by respective Rotten Tomatoes scores of 82 and 86 percent. It’s the highest-grossing entry in the series, and the second best-reviewed behind the original on both RT and Metacritic, but you wouldn’t have thought so based on the negativity towards the film deviating so far away from the established formula.

Nonetheless, action aficionados have been getting their kicks with the flick on streaming this week after Live Free or Die Hard gunned down a plum spot on the Rakuten global rankings, per FlixPatrol. Regardless of how you feel about McClane stepping into the breach to save the country from a crippling cyber attack, everyone can agree it’s a damn sight better than A Good Day to Die Hard.