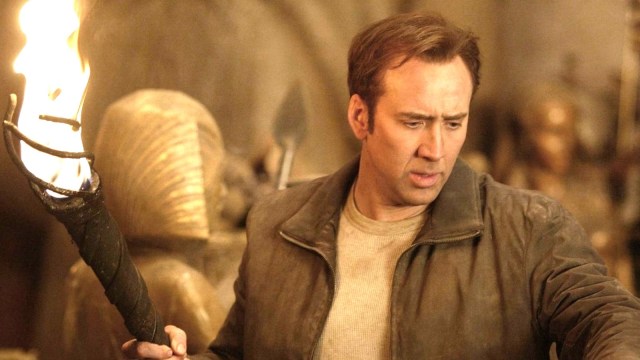 Even though it’s been 15 years since Book of Secrets, fans have never given up hope of seeing Nicolas Cage return for another implausible adventure in National Treasure 3, and that’s even with Disney Plus sequel series Edge of History bringing the franchise to the small screen.

For a while, the actor seemed to be firmly on board with the idea, but it wasn’t too long ago that he resigned himself to the fact it was never going to happen. Diane Kruger was in the same boat, but Justin Bartha is returning as Riley Poole in Edge of History along with Harvey Keitel, so connections to the feature films are alive and well.

The writers and executive producers of the spinoff revealed they’d love nothing more than to have Cage swing by for a cameo appearance, but producer Jerry Bruckheimer is set to take things one step further, after the blockbuster veteran confirmed to ComicBook that not only has a script for National Treasure 3 been written, but it’s on its way to the leading man in the near future.

“Let’s hope we’re working on the script right now. Hopefully [Cage] likes it, but it’s really good. So I think we’ll get it to him shortly.”

A decade and a half is a long time for any property to sit on the sidelines, but nostalgia is all the rage these days, National Treasure still retains a special place in the hearts and minds of a certain generation, the streaming show will bring the IP to a new audience, and Cage is on the upswing after acclaimed back-to-back outings in Pig and The Unbearable Weight of Massive Talent, so it’s beginning to look as if all the pieces are falling into place at the right time.