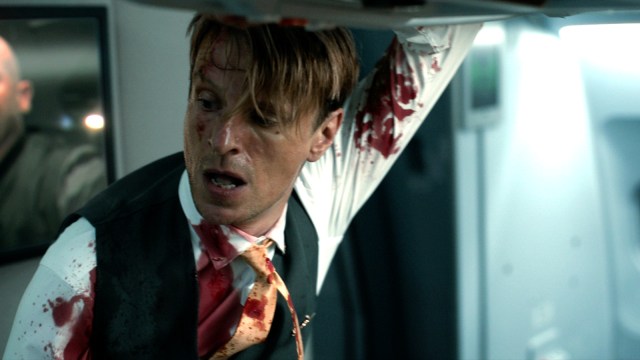 Given its status as one of the horror genre’s most popular offshoots, Netflix’s relentless desire to monopolize the market for original streaming content was always going to see the company dive headfirst into vampire territory across both film and television. However, almost every in-house bloodsucking project so far has arguably been left wanting, with the sole exception of Blood Red Sky.

V Wars and First Kill were both canceled after a single season, while last year’s Night Teeth has already long since been forgotten. Jamie Foxx’s Day Shift might be reigning as the most-watched movie on the entire platform, but reviews have been generally mixed across the board, something that can’t be said of co-writer and director Peter Thorwarth’s widely acclaimed airborne terror.

Blood Red Sky holds a stellar 80 percent score on Rotten Tomatoes, and it became one of Netflix’s most popular original horrors ever (and most successful exclusive German title) after reaching upwards of 50 million households in the first four weeks it was available on the library. A not-so-unlucky 13 months later and it’s back again, possibly as part of a Day Shift double feature for the aficionados out there.

As per FlixPatrol, the high altitude and even higher concept story of a vampiric mother being forced into action when terrorists hijack a transatlantic flight has sunk its fangs back into the global viewership rankings, which is fair enough when the blood-soaked and frenetically furious hybrid of action, thriller, and horror is the possibly the cream of Netflix’s vampire crop.