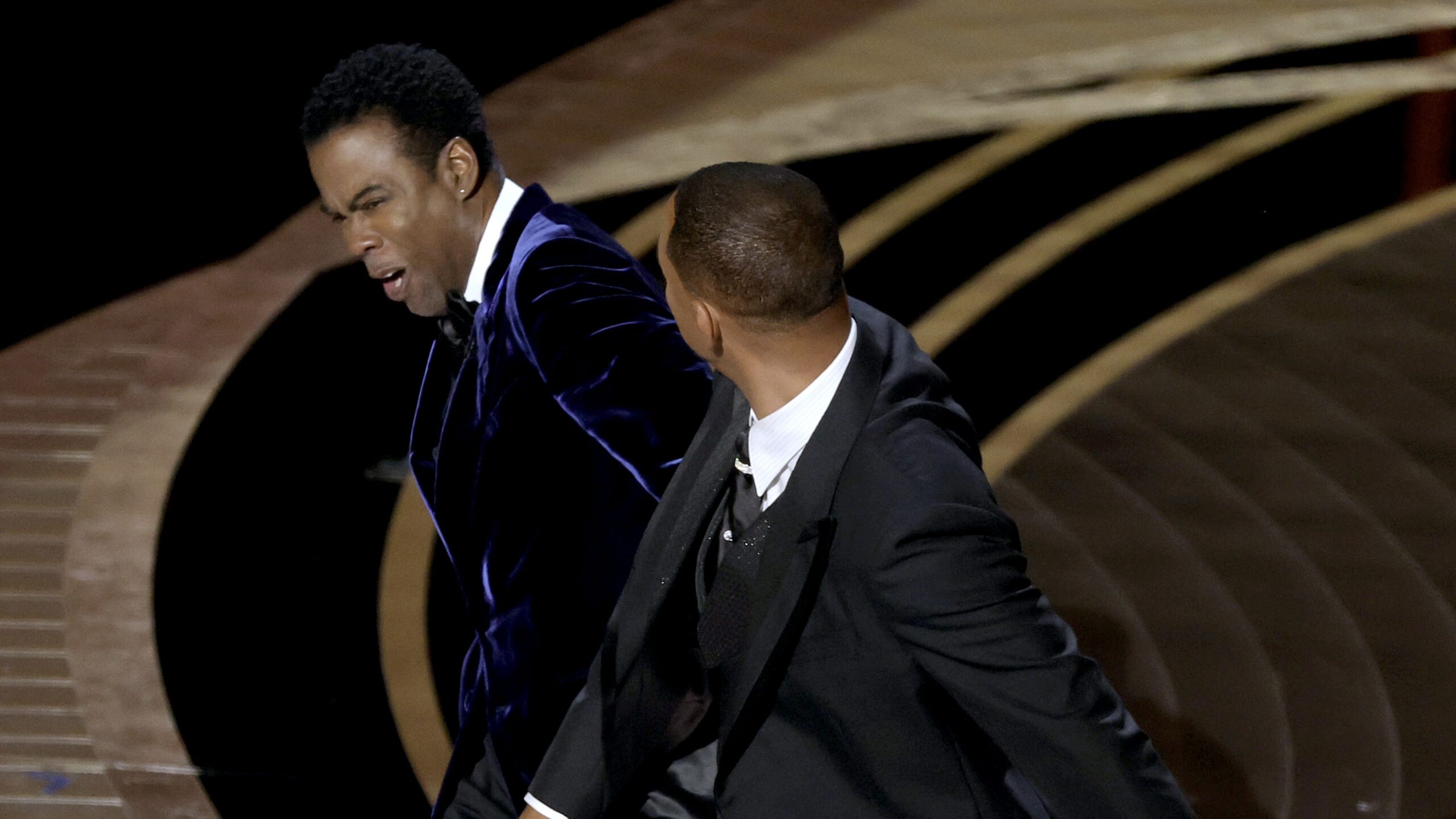 Hours after it announced that it “does not condone violence of any form,” The Academy of Motion Picture Arts and Sciences has launched a formal review of last night’s slapping incident, which has dominated all of pop culture reporting and social media since it occurred during the ceremony not even 24 hours ago.

Will Smith’s now infamous slapping of comedian Chris Rock, who was presenting the Best Documentary award, rocked the ceremony and continues to reverberate over Twitter, Facebook, and other social media, producing conversations and outright flame wars regarding masculinity, toxic masculinity, freedom of speech, and whether or not Smith deserves praise or condemnation for his actions, ostensibly done in response to Rock’s joke mocking Jada Pinkett’s baldness, the result of alopecia.

“The Academy condemns the actions of Mr. Smith at last night’s show,” an Academy spokesperson told Variety. “We have officially started a formal review around the incident and will explore further action and consequences in accordance with our Bylaws, Standards of Conduct, and California law.” The statement, unlike the previous announcement, explicitly mentions Smith, and implies he may face some sort of formal censure or condemnation.

There has been some conjecture that Smith may even be asked to forfeit his long-hoped-for achievement, the Best Actor Award itself, although it is fairly unlikely that this will be the case. According to the Academy’s Code of Conduct, members

“must also behave ethically by upholding the Academy’s values of respect for human dignity, inclusion, and a supportive environment that fosters creativity. The Academy asks that members embrace their responsibility to affirm these principles and act when these principles are violated. There is no place in the Academy for people who abuse their status, power or influence in a manner that violates recognized standards of decency. The Academy is categorically opposed to any form of abuse, harassment or discrimination on the basis of gender, sexual orientation, race, ethnicity, disability, age, religion, or nationality.”

Smith won the Best Actor Award towards the end of the evening, less than an hour after he strode to Rock onstage and delivered the blow to the comedian’s face. Following the violent outburst, Smith proceeded to yell at Rock to  “leave my wife’s name out of your fucking mouth.”

Smith later apologized for his outburst to the Academy during his acceptance speech. Although Smith was widely considered the odds-on favorite to win the honor, and was indeed the shoo-in candidate, at last he definitely realized that his temper had marred what should have been one of the greatest nights of his career.  “I want to apologize to the Academy. I want to apologize to all my fellow nominees,” Smith said, as he held back tears in an emotional speech.

At this time it is not known how long the Academy’s review will take, much less what consequences he might face. Although it is unlikely he will lose his Oscar, the suspension of his Academy membership could definitely be on the table. It is even possible the outburst may end up affecting his participation in future projects, such as the upcoming Netflix-produced Nicky Barnes biopic, The Council, currently in pre-production. Smith can only hope that he can get back into good graces following whatever decision is made.

In Smith’s own words, “Love makes you do crazy things … I hope the Academy invites me back.”