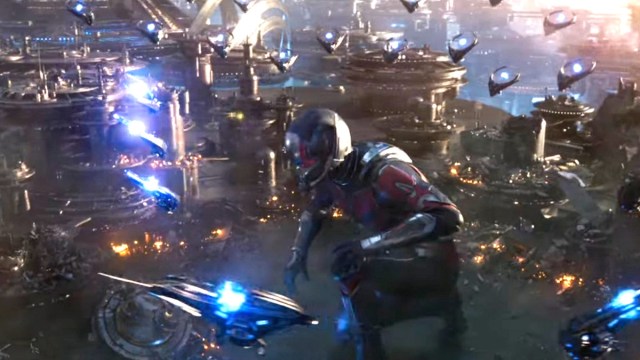 The first trailer for Ant-Man and the Wasp: Quantumania has officially landed, and it offers a tantalizing tease of Phase Five’s first installment, which is set to ratchet up the build towards Avengers: The Kang Dynasty and Secret Wars by at least a dozen notches.

Paul Rudd’s Scott Lang appears to be in massive trouble, even if he’s kind of bringing it on himself by refusing to reach an accord with Jonathan Majors’ Kang the Conqueror. Speaking of the Marvel Cinematic Universe’s newest big bad, he’s already set to steal the show if the early reactions are to be believed, with fans equal parts terrified and thirsty when it comes to the multiversal terror.

The intense, atmospheric, and visually stunning trailer has captured the imagination of the internet already, but one of the biggest talking points to emerge from the first look at Quantumania has absolutely nothing to do with the story of the film itself. Instead, folks have been rounding on Evangeline Lilly’s Hope Van Dyne and her latest choice of hairdo, and it’s fair to say that not everyone is suitably impressed.

It sums up how invested fans are in everything that pops up onscreen in any MCU project that the third solo outing for the Sexiest Man Alive that features one of the industry’s fastest-rising stars as the franchise’s new Avengers-level threat, which also kicks off the build to the next pair of outings for Earth’s Mightiest Heroes, has ignited a debate over the quality of a wig. But, hey, it’s nothing out of the ordinary.