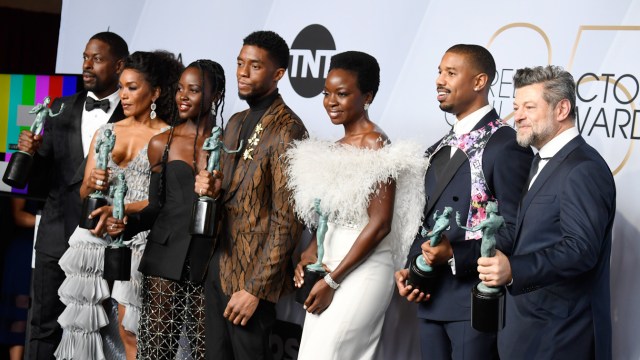 With the upcoming release of Marvel’s Black Panther: Wakanda Forever highly-anticipated among fans, much about the sequel to the billion dollar-grossing is under scrutiny among fans. That means everything about the film, from the soundtrack to a planned storyline that had to be scrapped following the death of star Chadwick Boseman.

And that public scrutiny includes the film’s supporting cast. Following Angela Bassett’s praise of director Ryan Coogler’s professionalism calling the Black Panther set “a beautiful place,” Coogler returned the praise in an Essence profile of the legendary actress. When asked what it was like to work with Bassett, Coogler explained,

“She was always there on time and right where you needed her to be. She has an incredible positive energy to her and a phenomenal work ethic. Sometimes she would hang out on set in between setups and was always game for anything. She’s been doing it at this level for longer than anybody on set, but you wouldn’t be able to tell by her demeanor. She’s always excited and ready to go. Ready to do her stunt work, ready to do the big dialogue scenes, ready to do the easy stuff. She leads by example.”

Of course, this comes to no surprise to anyone who has followed her career in the thirty years since her breakthrough as Tina Turner in the hit biopic What’s Love Got to Do With It?, and her turn as Malcolm X’s widow Betty Shabazz in the acclaimed Malcolm X. Her longevity can clearly by attributed to a combination of professionalism and sheer talent.