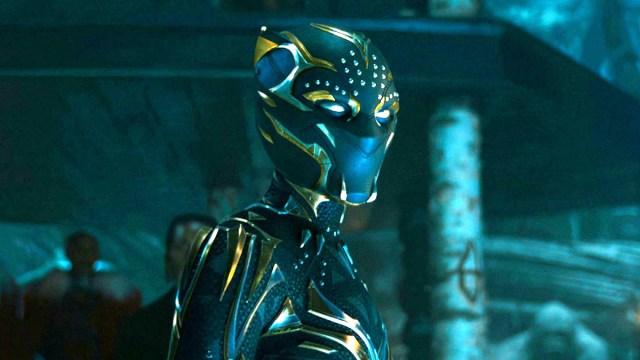 Despite being destined to earn a monumental amount of money at the box office, Black Panther: Wakanda Forever is proving to be a lot more polarizing among critics and fans than anyone could have predicted.

On Rotten Tomatoes, Ryan Coogler’s sequel ranks as the fourth highest-rated feature-length installment in the Marvel Cinematic Universe in terms of audience ratings, but it’s right in the middle as 15th out of 30 when it comes to reviews. On Metacritic things are even more dire, with Wakanda Forever only securing 17th and 15th among critics and crowds.

Thankfully, though, the return to the fictional African nation has ended a worrying streak for MCU movies by landing an A-grade CinemaScore. While that hardly sounds like something to spur widespread joy and dancing in the streets, it’s worth mentioning that no entry in the long-running superhero series had ever been graded lower than an A- until Eternals came along.

Chloe Zhao’s millennia-spanning epic is bottom of the pile with a B, while immediate successors Doctor Strange in the Multiverse of Madness and Thor: Love and Thunder both landed a B+. Basically, after 26 films in a row of nothing but top marks, the MCU delivered its three worst-rated entries consecutively.

Thankfully, Wakanda Forever has now ended the dismal run of three subpar CinemaScores in a row, which was worrying by the lofty standards of the almost universally-beloved saga, and let’s hope Ant-Man and the Wasp: Quantumania carries on when it lands in February of next year.