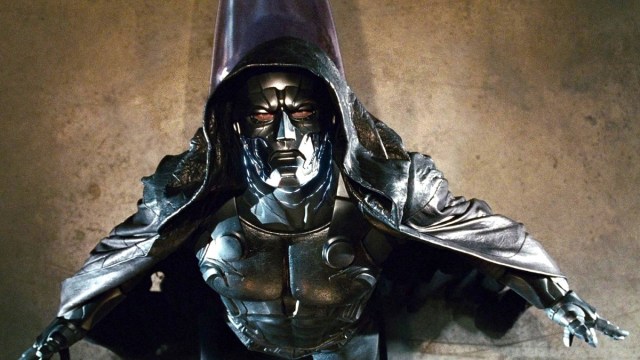 Even if you’ve been carefully avoiding any and all potential spoilers for Black Panther: Wakanda Forever ahead of its release in less than two weeks, you’ll no doubt be fully aware that the rumor mill has been churning incessantly about the potential debut of a certain Latverian dictator.

Since Marvel Studios acquired the rights to every comic book character formerly under the purview of 20th Century Fox, constant speculation has seen Doctor Doom linked with a variety of upcoming projects, and Ryan Coogler’s hotly-anticipated sequel quickly emerged as a front-runner.

There’s already enough going on in Wakanda Forever without attempting to shoehorn in a fan-baiting first appearance for one of the most iconic villains in Marvel history, with producer Nate Moore addressing the scuttlebutt about whether or not Doom was considered for the Black Panther sequel head-on during an interview with ComicBook.

“It wasn’t to be quite honest. Although I get why, and he’s such a great character in the world of Latveria and Ryan is a fan. But once we decided Namor was going to be the antagonist, that was always going to be the focus.”

He did admit Coogler is a fan, though, which could prove to be an interesting tidbit should all the talk of the filmmaker moving from Black Panther to the Avengers by way of Secret Wars turn out to be right on the money. No Doom, then, but based on the first reactions to Wakanda Forever to emerge in the aftermath of the premiere – it’s not going to be an issue.