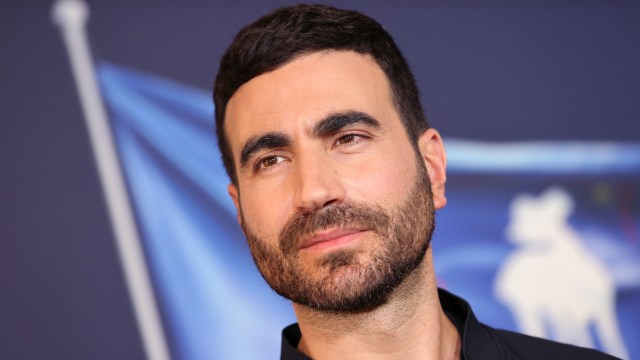 Marvel fans were blown away once they got to the post-credits scene of Thor: Love and Thunder and discovered that Roy Kent was playing the MCU’s Hercules. Ted Lasso‘s Brett Goldstein made his franchise debut as the Greek demi-god right at the end of Taika Waititi’s new movie, no doubt teeing him up for a much bigger role to come in the future of the superhero universe.

But, while we wait for that to unfold, we want to know one thing: how will Goldstein’s Herc compare to Disney’s iconic cartoon version, soon to get his own live-action outing in the form of a Guy Ritchie-directed remake? Goldstein clarified what will differ between the Mouse House’s two competing Hercs while chatting to Entertainment Weekly, joking that he imagines his Marvel gig will involve “less singing and dancing.”

The 42-year-old Brit similarly revealed to EW that Marvel’s NDAs are so strict he couldn’t even tell his own parents about his cameo. To get around this, he encouraged them to go see Love and Thunder, during which his mom texted him throughout the whole thing, meaning she almost missed her son’s big moment.

Naturally, Goldstein’s parents are thrilled about their son’s major new role. However, it’s caused a little bit of a problem, as his dad now has delusions of godhood. “My dad keeps calling himself Zeus, so that’s an issue,” he quipped to EW.

While what awaits Hercules in the MCU is a mystery, for now, we know a little about Disney’s plans for their Hercules reboot. On top of Ritchie directing, the Russo brothers are producing, although casting has yet to begin. Brett Goldstein’s fellow Marvel cameo star Bruce Campbell is ready to play Hades, however. And if you want to know our ideas for our dream cast then visit here.