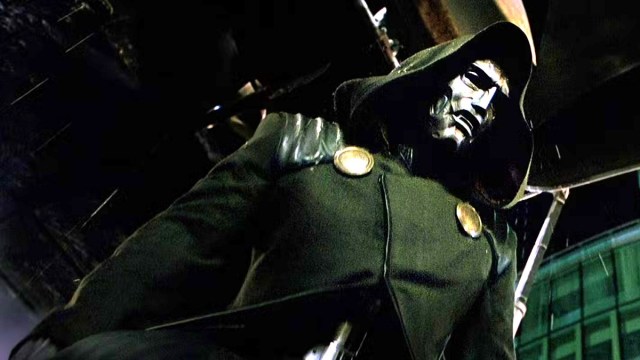 Marvel Cinematic Universe fans are in complete and unanimous agreement that Doctor Doom is on his way to the franchise sooner rather than later, the only questions we have are the most important ones; namely the who, what, when, where, and why.

Much like his longtime adversaries, the Latverian ruler has never been done justice in live-action despite repeated attempts, and there’s a sweeping sentiment among comic book aficionados that Victor Von Doom should be presented as a threat on the same level as Thanos or Kang the Conqueror, and not just the villain of the Fantastic Four reboot.

Leaked concept art purporting to be from Black Panther: Wakanda Forever showed a pre-viz of Doctor Doom, and while it hasn’t been confirmed as legit, one Redditor has used the trail of breadcrumbs to come to the conclusion that Bridgerton and The Gray Man star Regé-Jean Page has been secretly cast in the role.

As the story goes, the concept art features Doom interacting with a character dressed in an almost identical outfit to one being sported by Secret Invasion star Kingsley Ben-Adir in set photos. Who was “accidentally” revealed as being part of the Disney Plus show’s ensemble before Marvel hastily issued a retraction? That’s right, Regé-Jean Page.

However, further digging revealed that Marvel didn’t amend the official press release sent out after Comic-Con, which is sending some seriously mixed signals. Connecting even more dots, the theorist goes on to state that the Russo brothers are evidently huge fans of the star having hired him for The Gray Man, and they’ve definitely got a direct line of communication to Kevin Feige.

Not only that, but the Russos will probably end up as executive producers on Avengers: The Kang Dynasty and Secret Wars, similar to how Jon Favreau was credited on Infinity War and Endgame. You may remember that Noah Hawley was once developing a Doctor Doom pic for Fox before the Disney merger, too, and while that fell apart, the Fargo creator is teaming up with none other than Page for a Netflix heist thriller to be produced by… the Russo brothers’ AGBO outfit.

Sure, it’s a stretch, but it’s not the most far-fetched thing we’ve ever heard, either.